Another stallion arrived in the MotoeXotica Classic Cars Paddock; we’re pleased to present this 1986 Ferrari Mondial 3.2 Cabriolet. Built in Maranello, Italy and designed by Pininfarina, this seldom seen example is one of only 810 Mondial Cabriolets made between 1985 and 1988 and one of 449 units imported to the United States.

Finished in Corsa Red (code 300), the car’s paint and trim are in great condition, as is the windshield, which is clear and intact. The car’s lights look great and its bodywork is straight and solid. This Prancing Horse rolls on Yokohama radials, size 205/55ZR16 in front and 225/50ZR16 in back. Each donut surrounds a five-spoke alloy wheel with the prancing horse on the yellow center caps. The wheels and tires are in satisfactory order.

Engine capacity started at 3.0L and increasing to 3.2L for the Mondial 3.2 and culminating in 3.4L. Mirroring the two-seater Ferrari V-8 vehicles, all 3.0 and 3.2L engines sit across the car with their crankshaft and cylinder planes transverse to the main vehicle axis. Front trunk hood struts will need to be replaced. Like the new Ferrari 328, the Mondial's engine grew in both bore and stroke to 3.2L in 1985. The Mondial 3.2 was first presented at the 1985 Frankfurt Auto Show in September that year.

A five-speed, all-indirect manual transmission using a “dog-leg” selector pattern was the only transmission offered. Instead of the conventional “H” shift pattern, this arrangement (also known as a “reverse h-gate”) has 1st gear situated to the far left and back, behind reverse. This pattern has been popular with racing gearboxes, as it allows quicker, more direct shifts between second, third, fourth and fifth, gears. The parking brake light is on at the dash, although the brake does disengage. The service light is also on at the console.

In the 3.2 models, the transmission housing is integral with the engine sump casting, albeit with its own oil supply, sitting below and slightly to one side of the main block. Drive to the gearbox is via a single-plate, diaphragm-spring clutch and a set of drop-gears located outboard of the left-hand end of the crankshaft, with output torque feeding into a friction-plate limited-slip final drive unit offset to the rear of the gearbox. Output from the final drive to the rear wheels is via a pair of short, solid driveshafts fitted with constant-velocity joints at each end to allow for suspension articulation.

For these models, clutch actuation is hydraulic, unlike their two-seater cousins' cable systems, and transmission selection is via a rod which extends through the center chassis tunnel and passes through the engine sump into the transmission housing.

Although based on the two-seater vehicle designs, Mondials are slightly larger overall including having appreciably wider front and rear track dimensions. Suspension systems are fully independent all-round, comprising unequal-length upper and lower wishbones, coil-over damper units and anti-roll bars at each end of the vehicle.

Steering is a rack-and-pinion mechanism sitting ahead of the front wheels, unpowered on all 3.2 models. Braking is via four-wheel ventilated discs with split-circuit vacuum assistance on all vehicles.

Inside, the tan Connolly leather seats are in very good order, as is the matching carpet. All seats, including those in the rear, are strongly bucket-shaped and fitted with inertia-reel seatbelts; three-point in front, two-point in back. Note: The rear seats will need to be installed. A central tunnel for the chassis structure is prominent in both front and rear footwells and is straddled by a large front center console with a polished open-gated gear selector and electronic warning-light panel. Electric windows (the front panes only are opening) and air-conditioning are standard fitments, with their controls on the central console. The A/C does blow, but not cold. The handbrake is located outside the driver's seat beside the inner sill and is a “drop-down” design to assist ingress and egress. A three-spoked leather steering wheel is mounted to a steering column adjustable for reach and rake, behind which is a “pod-style” instrument binnacle holding six gauges: speedometer, tachometer, fuel level, water temperature, oil pressure and oil temperature. The Mondial instrumentation is completed with a comprehensive set of warning lights and electronic check panels. The center console and shifter look good and a JVC AM/FM stereo with CD player completes the interior, though we doubt the next owner will use it that much, considering the much better mechanical symphony that plays every time he presses the ‘go’ pedal.

Available in both Coupé and Cabriolet forms, styling refreshed with restyled and body-colored bumpers, similar to the 328 with more integrated indicators and driving lamps, and new alloy wheels with a more rounded face. The 3.2 also boasted a major interior update, with a more ergonomic layout and a more rounded instrument binnacle. Fuel injection remained the primarily mechanical Bosch K-Jetronic (CIS) with an O2 sensor in the exhaust providing feedback to a simple computer for mixture trimming via a pulse modulated frequency valve that regulated control fuel pressure. The ignition system was Marelli Microplex, with electronic advance control and one distributor per bank of the V-8.

"It is a car with few rivals, perhaps the closest being the Porsche 928S…once you have experienced the wonderful noise produced by the V8 engine in full cry, and sat behind that steering wheel, with the power surging in, you can forgive the car for the few detractions it may have. They seem to pale into insignificance as the rev counter needle sweeps past the 7000-rpm mark and you slam that gear lever through the gate. It is a different world of motoring." Autocar 1986

"I marvel at how little compromise it asks. All the panache of a mid-engine Ferrari with plenty of head room too...The length, as Paul Frère says, makes the handling very easy. Longer wheelbase means less angle for rear movement and makes it easier to drive the car. And I like how nicely it responds to the accelerator. Backing off for corners, it comes out just right. Even the American version now goes much quicker than the early European version. The Mondial is a good compromise between ride and handling."  Road and Track 1986

Ferraris are exclusive but this is a rare find even for a Ferrari so you owe it to yourself to visit MotoeXotica Classic Cars to check this one out as soon as possible.

This car is currently located at our facility in St. Louis, Missouri. Current mileage on the odometer shows 39,650 miles. It is sold as is, where is, on a clean and clear, mileage exempt title. GET OUT AND DRIVE!!!

Note: Please see full terms and conditions listed below that pertain to the purchase of any said vehicle, thank you. 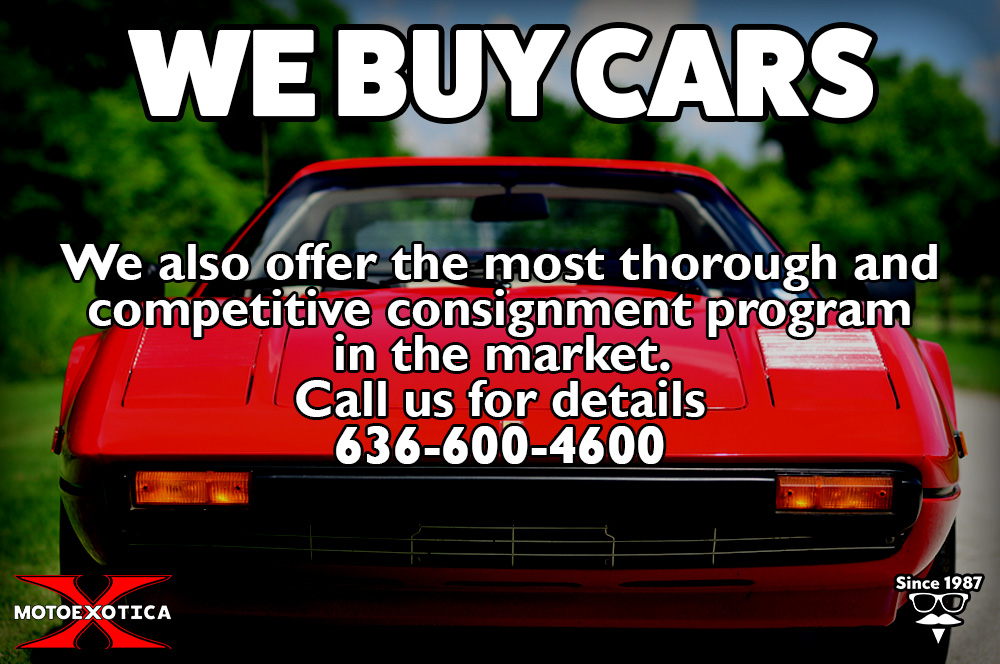 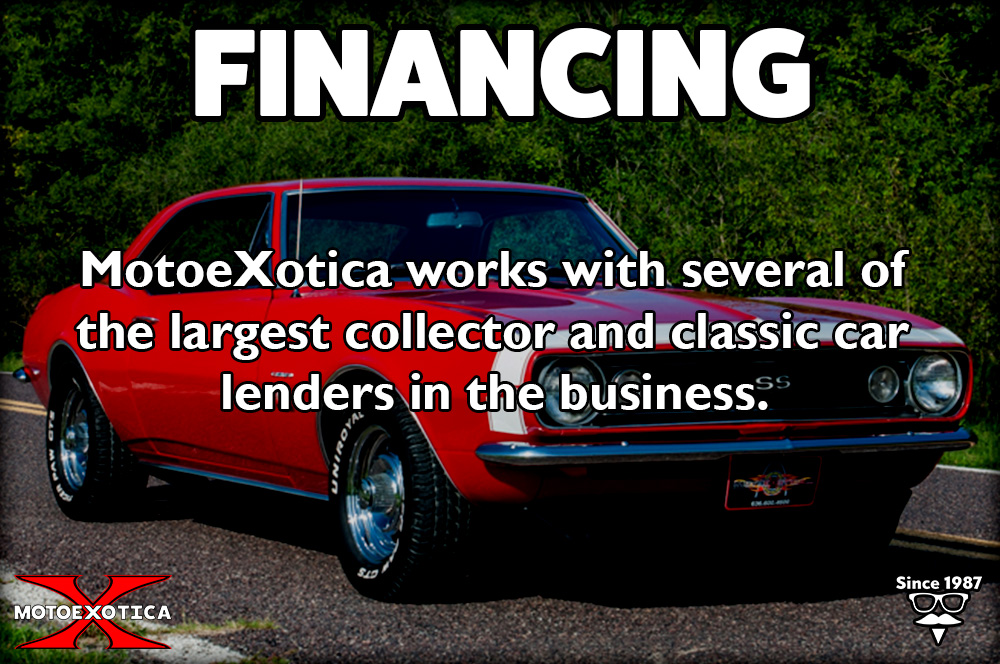 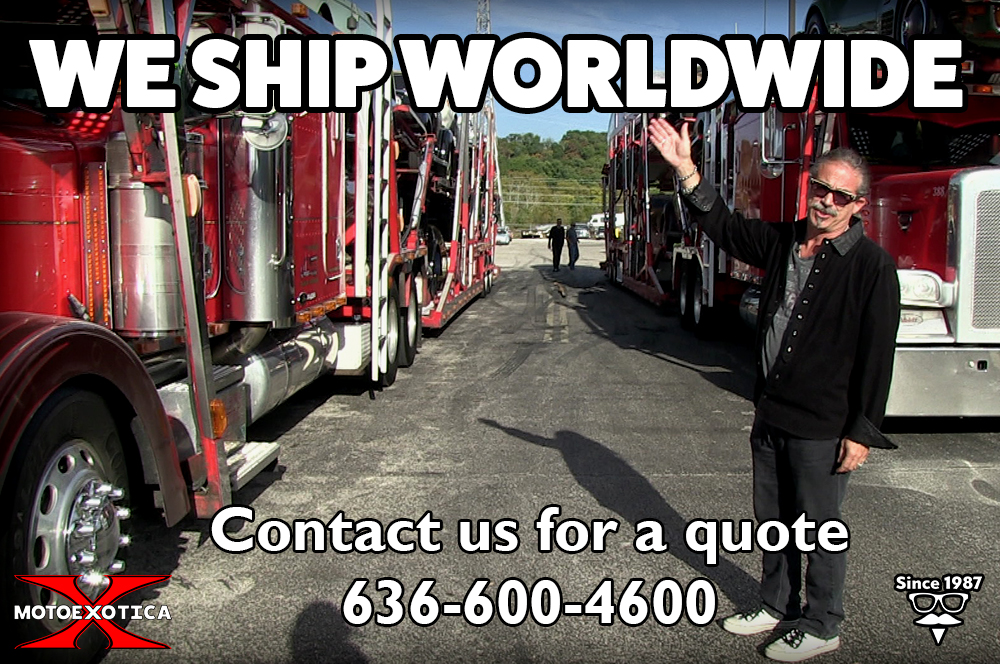 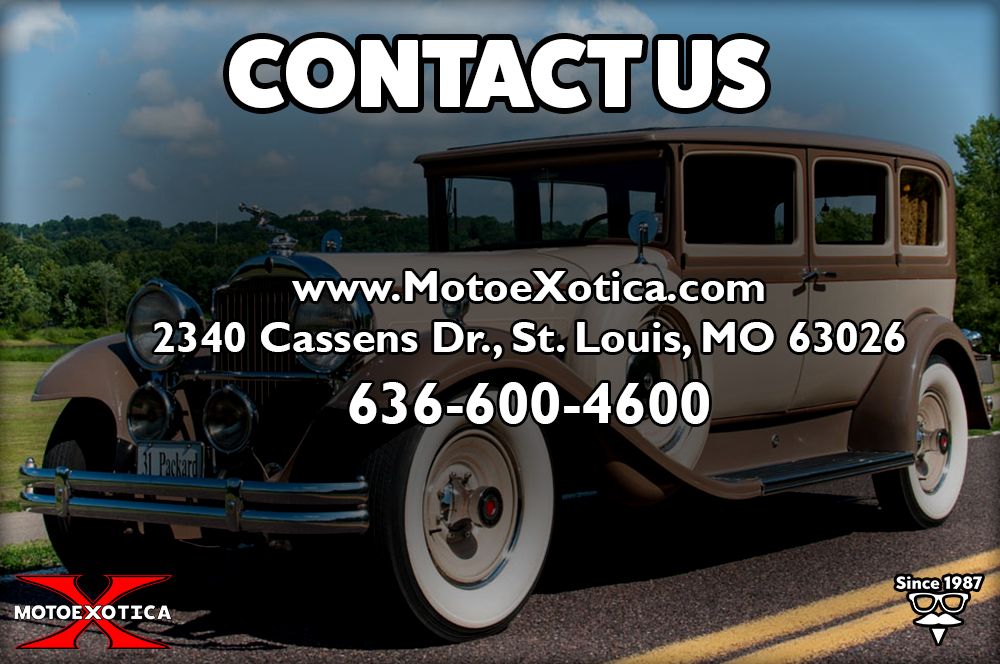 
Basic Information
Engine
DriveTrain

Apply Now  Credit Application
Secure Credit Application
Applying for a vehicle loan online is one of the quickest and easiest application methods. Our secure application is easy to complete, all you need are a few personal and employment details.
MotoeXotica
2340 Cassens Drive
Fenton Missouri 63026
View Map
We make every effort to present information that is accurate. However, it is based on data provided by the vehicle manufacturer and/or other sources and therefore exact configuration, color, specifications & accessories should be used as a guide only and are not guaranteed. We are not liable for any inaccuracies, claims or losses of any nature. Inventory is subject to prior sale and prices are subject to change without notice and cannot be combined with any other offer(s). The price for listed vehicles as equipped does not include other charges such as: License, Title, Registration Fees, State or Local Taxes, Smog Fees, Credit Investigation, Optional Credit Insurance, Physical Damage of Liability Insurance, Delivery Fees, Finance and/or Documentation Fees. Any and all differences must be addressed prior to the sale of this vehicle.
Disclaimer +-