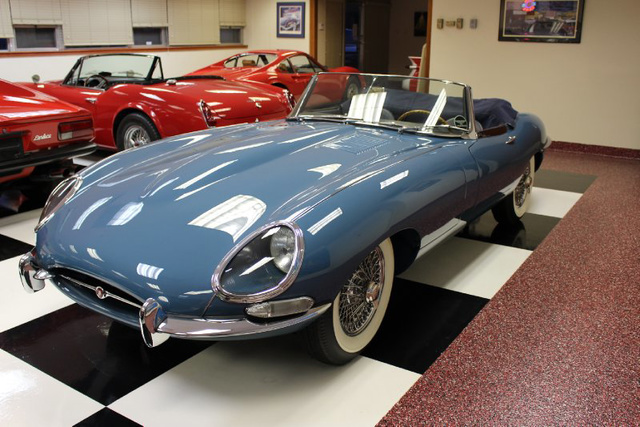 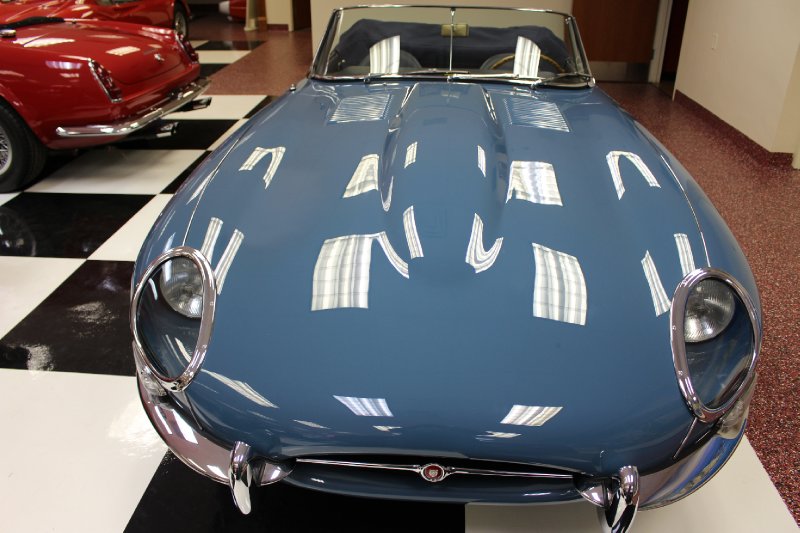 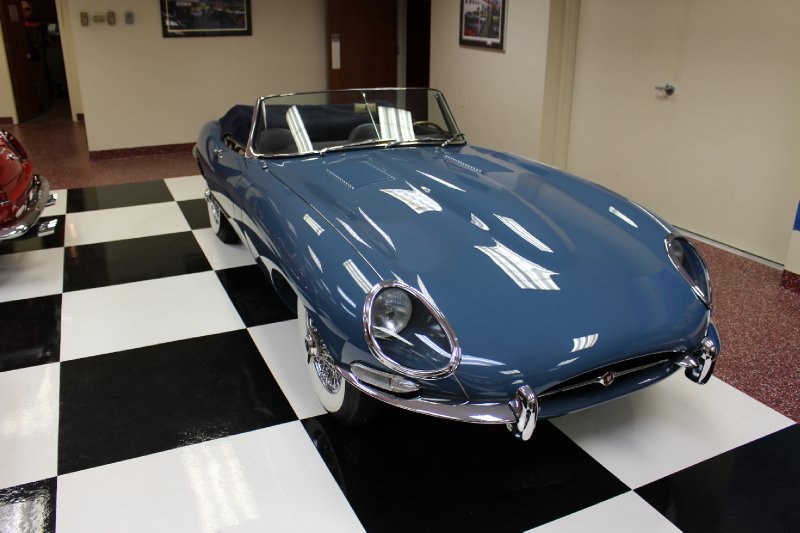 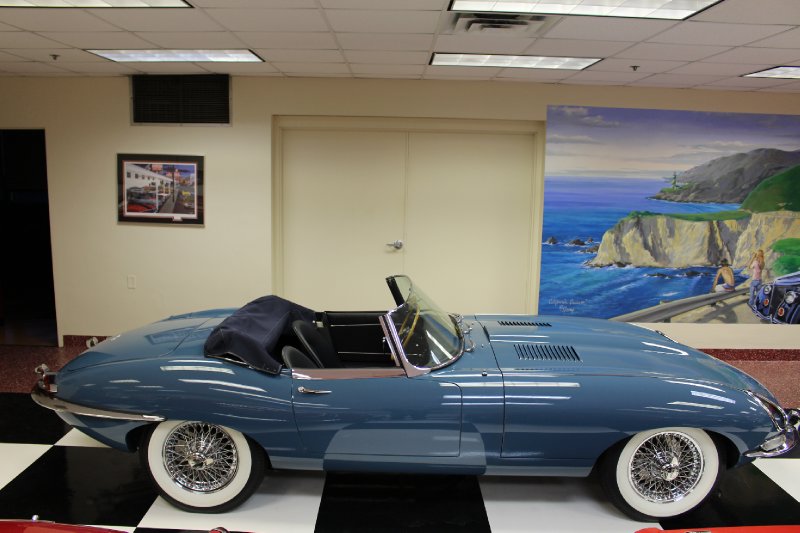 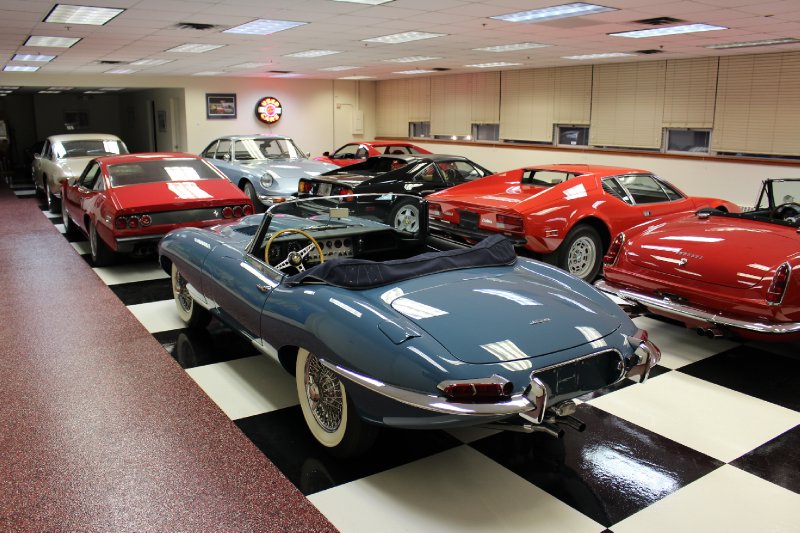 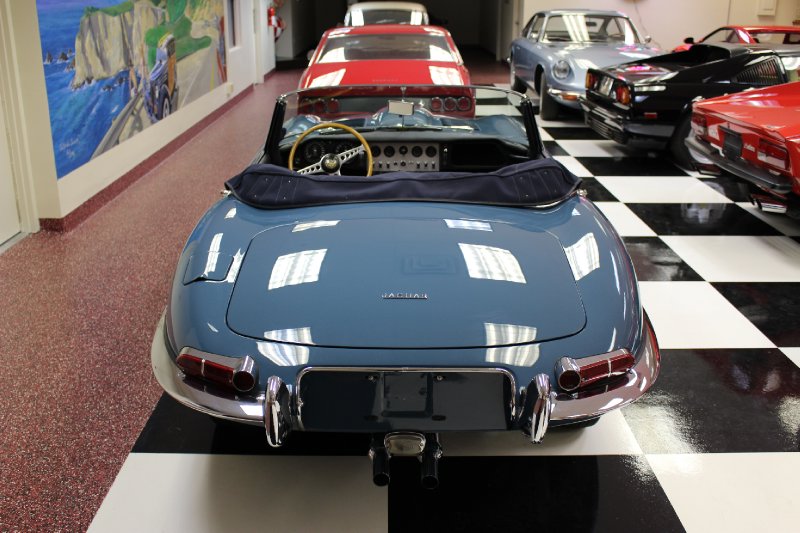 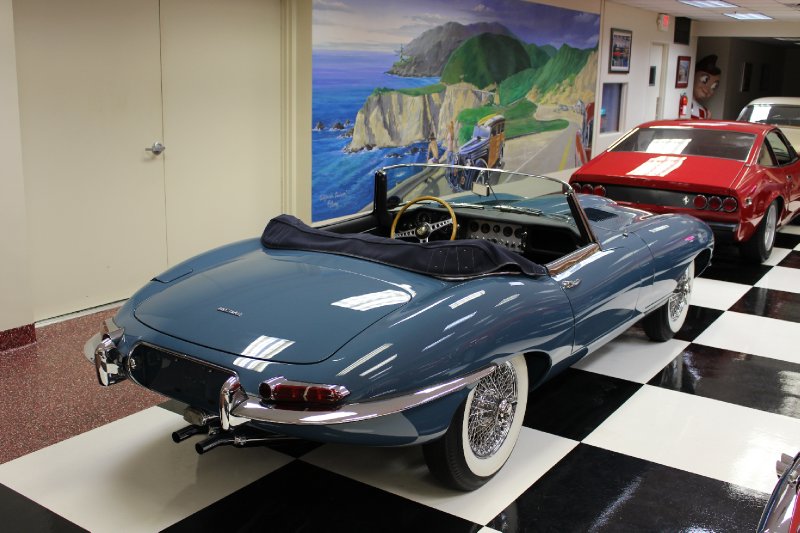 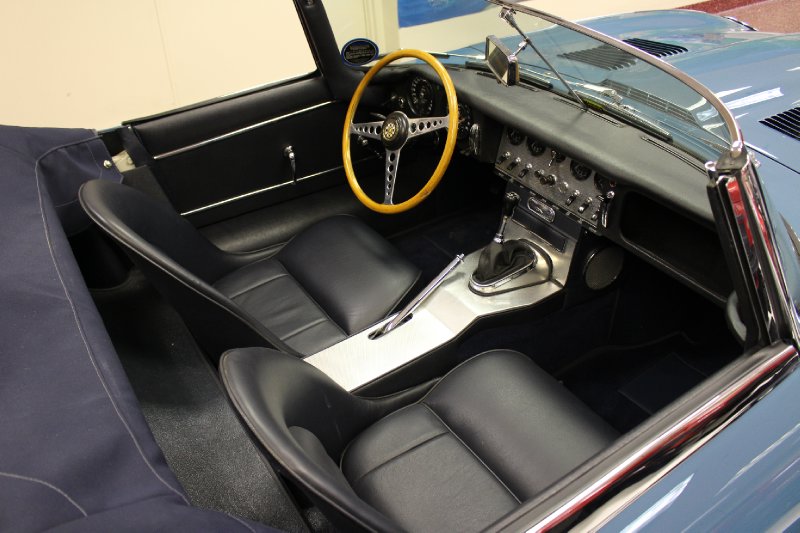 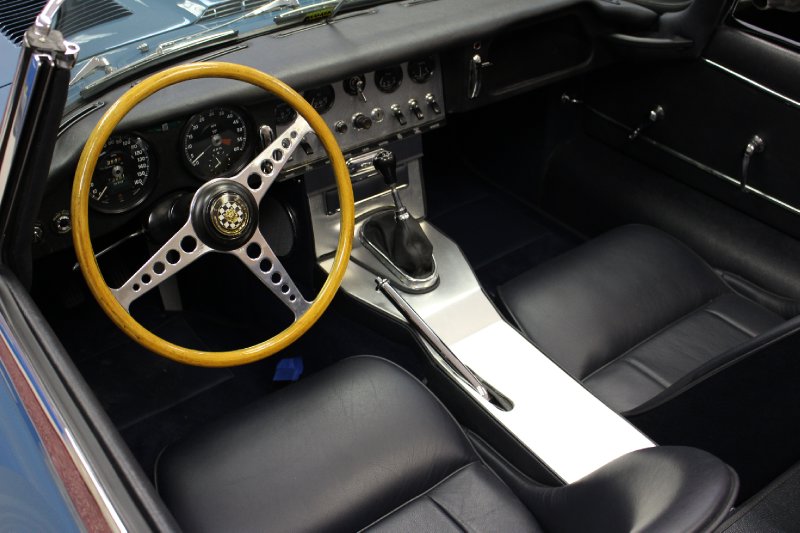 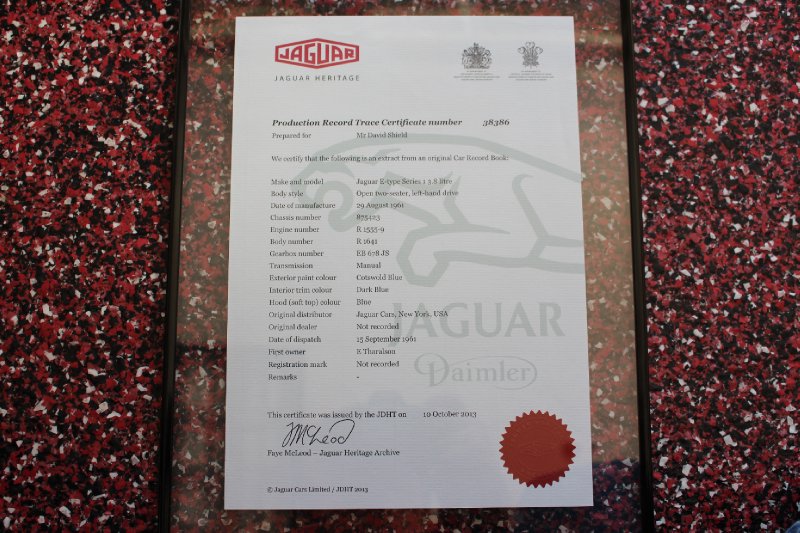 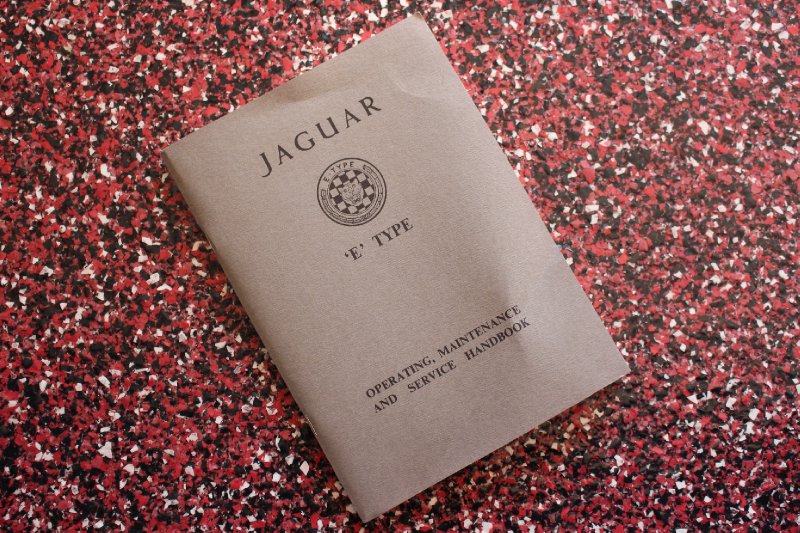 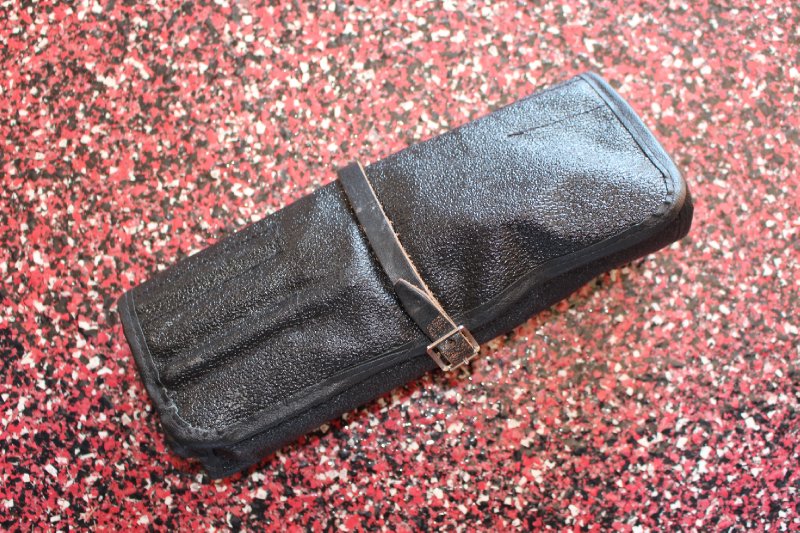 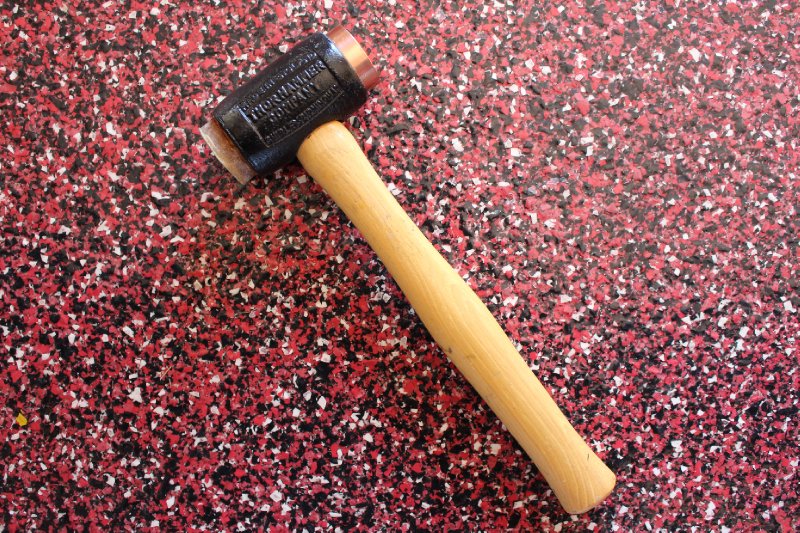 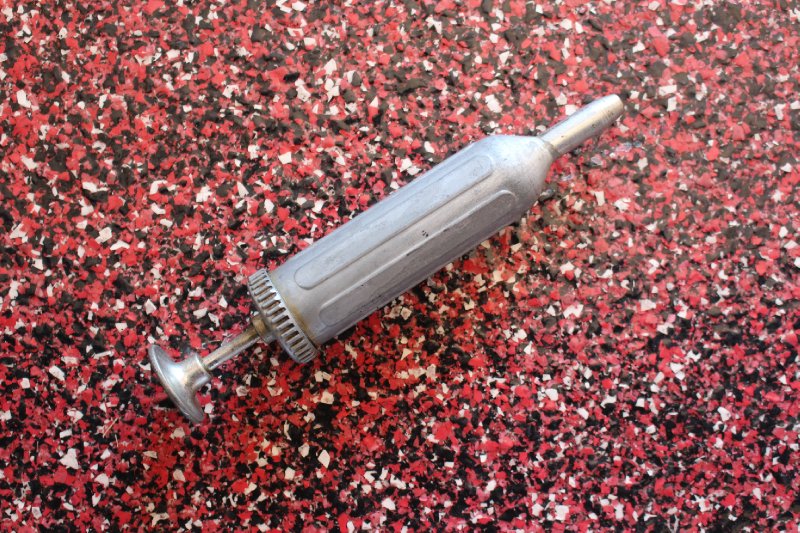 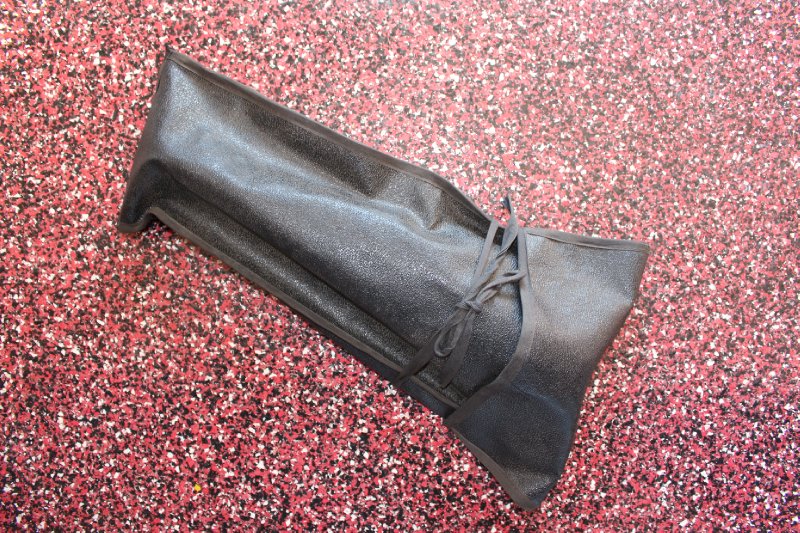 Enzo Ferrari called the E-Type “The most beautiful car ever made.” Produced by Jaguar Cars Ltd. from 1961 through 1974, the E-Type was recognized not only for its exquisite design, but its superlative performance. The E-Type Series I was a product of its famed heritage – the D-Type racing model – and when the first production car was tested by Motor magazine it was found to have an amazing top speed of 149.1 mph. While more than 70,000 E-Types would eventually be sold, fewer than 8,000 were open two-seaters equipped with the 3.8-litre engine, and only the first few hundred had both the flat footwell sections and welded panel of louvers in the bonnet, which are present in this remarkable example.

During the first year of production, numerous running changes were made to the blueprint, and this early-production model, which left the factory line on August 29, 1961, exhibits many of the earliest features. Add to this the body, chassis number, engine, and transmission, all stamped with the numbers listed on its JDHT Heritage Certificate and number plate, and this Jaguar is the ultimate collectible.

This early E-Type in 2001 then showing just under 55,000 miles with its restoration already underway. The engine had been freshly rebuilt and was inspected to verify the quality of the work. Over a period of years, the work progressed, component by component.

The respected Sherm’s Custom Plating of Sacramento provided the show-quality brightwork, Sufolk & Turley in the UK provided the leather interior, and Classic Jaguar of Austin rebuilt the Jaguar’s inboard-brake rear-axle assembly. Dave Ferguson’s Images Auto Body of Campbell, California, prepared the bodywork and returned it to its original and elegant Cotswold Blue and oversaw the roadster’s final assembly.

At every stage, special care was taken to complete the restoration as authentically as possible. NOS fasteners were sourced and installed while proper plating and coatings were applied throughout the car. The result is truly spectacular. Finished in its original color combination, the E-Type is a crowd favorite any time it is shown.

A showstopper on the field, this lovely Cotswold Blue E-Type was given pride of place at the entrance of The Quail Motorsports Gathering in August 2014, and presented as an ambassador for its model in October, 2014 at the Niello Concours at Serrano in El Dorado Hills, California.

Beautiful from all angles, this E-Type is pitch-perfect for its next performance, whether on the show field or on the road.