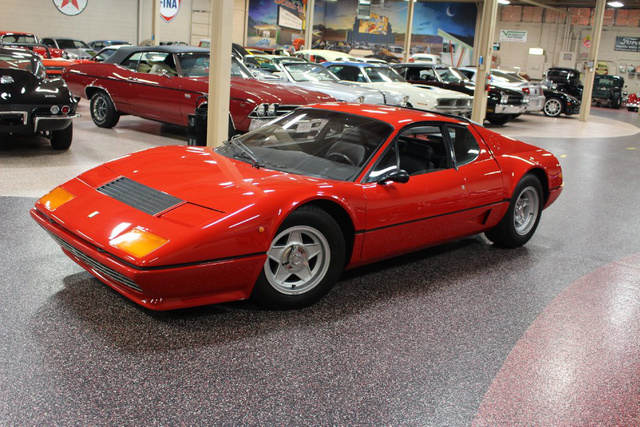 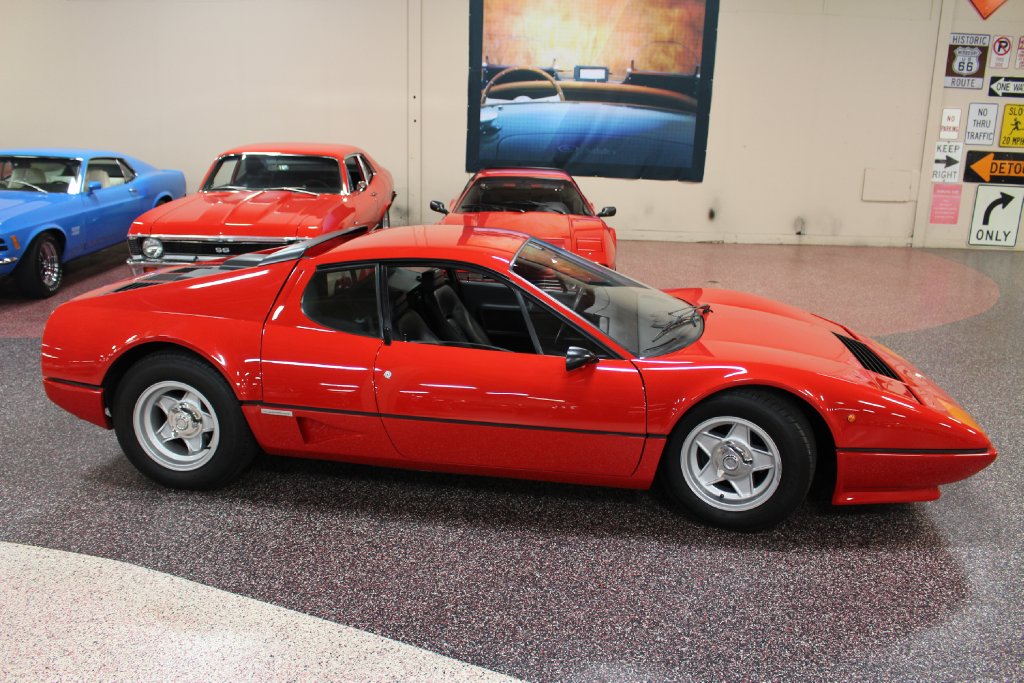 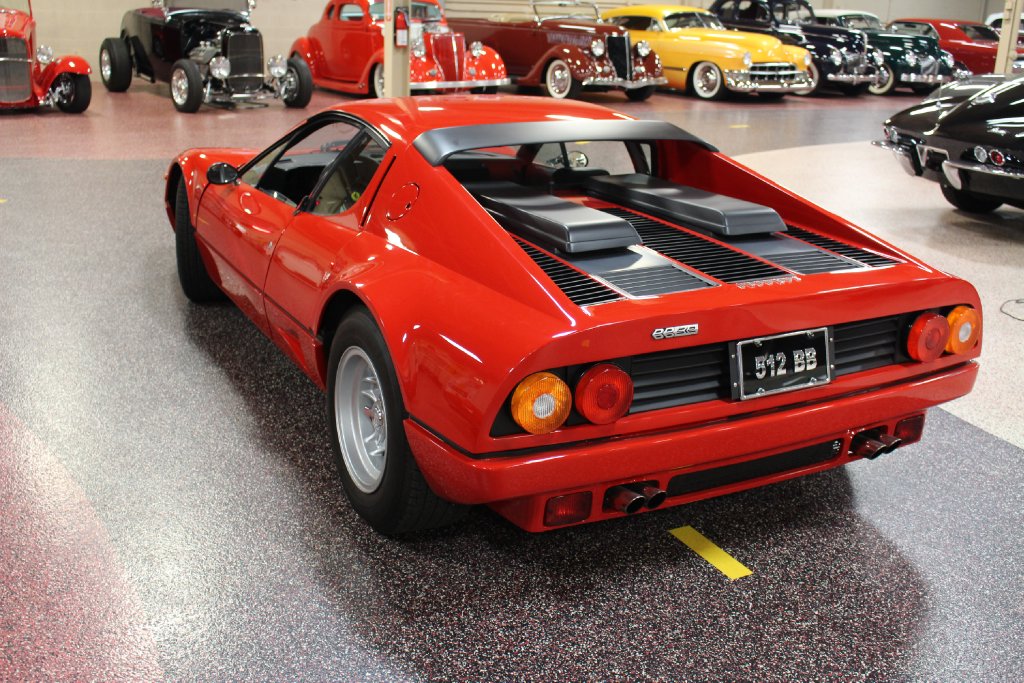 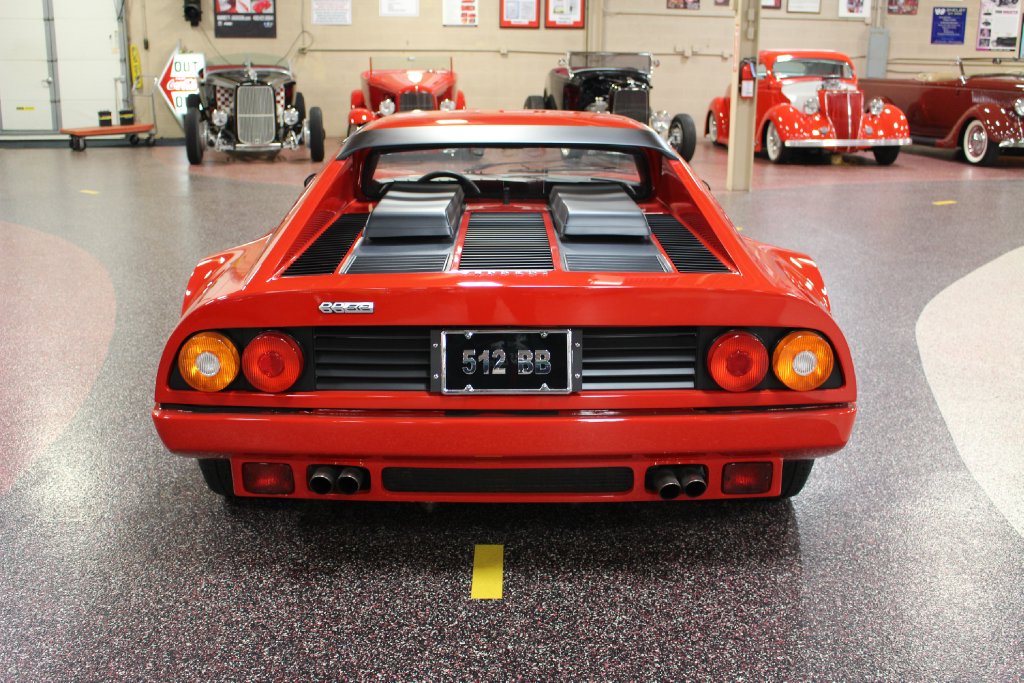 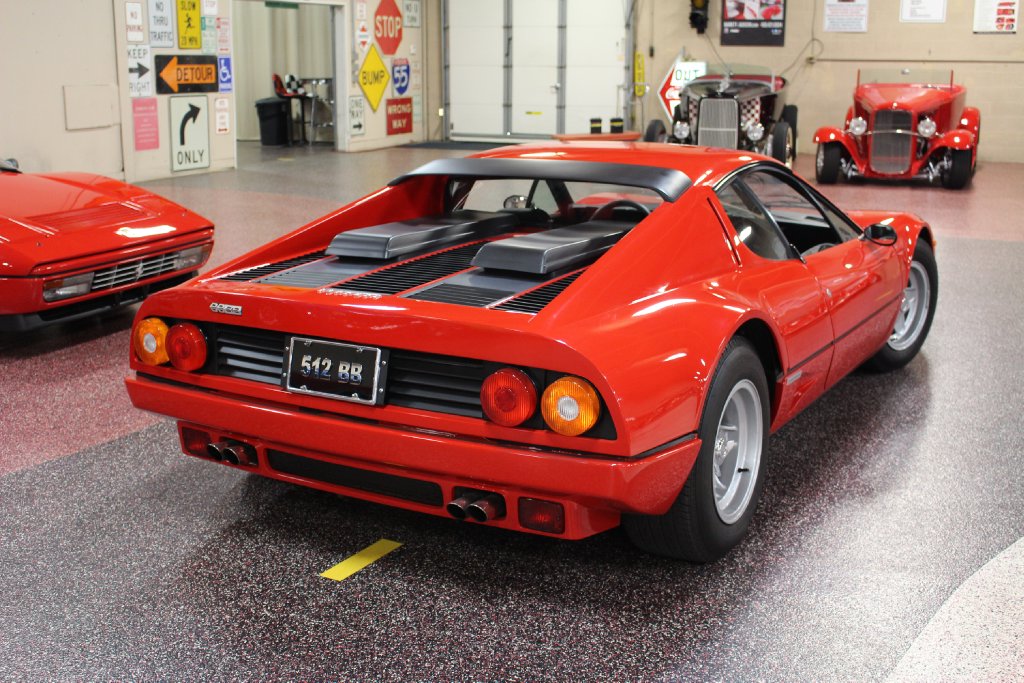 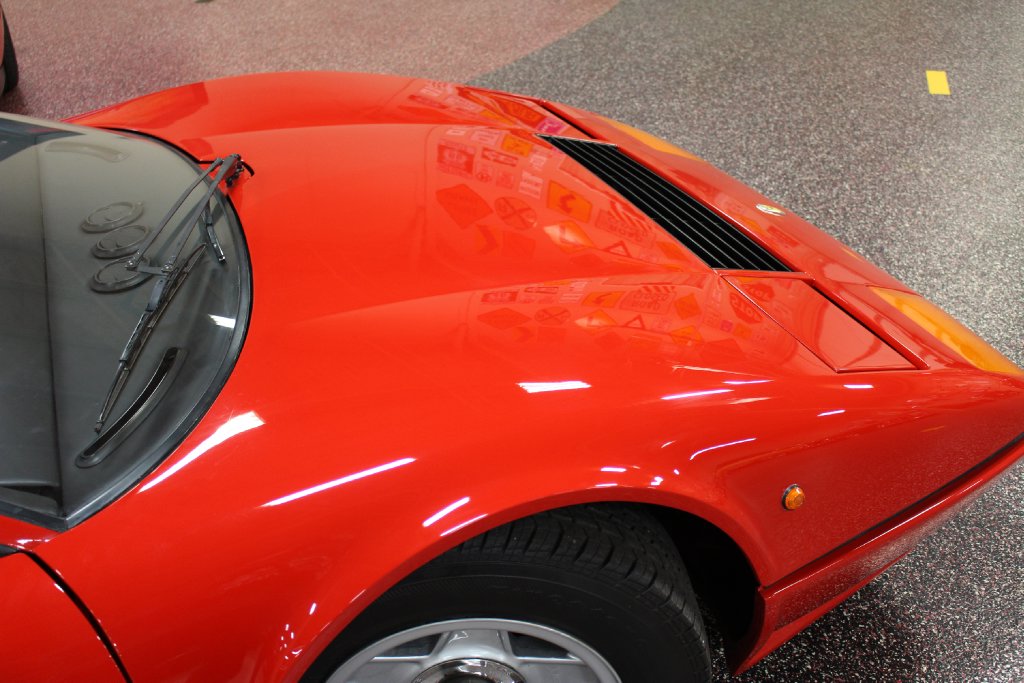 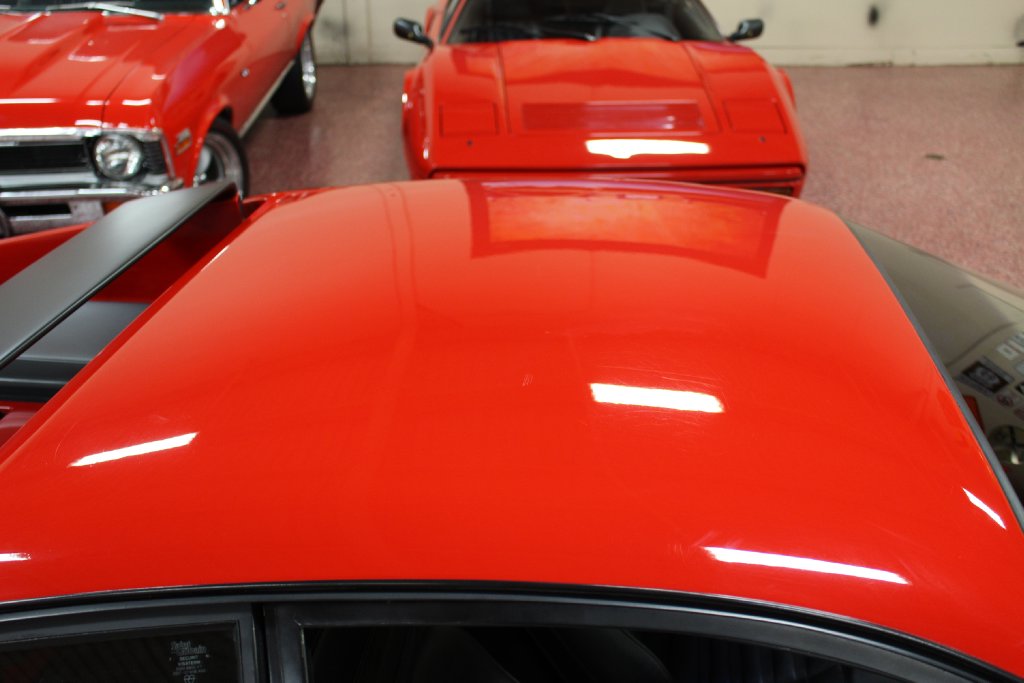 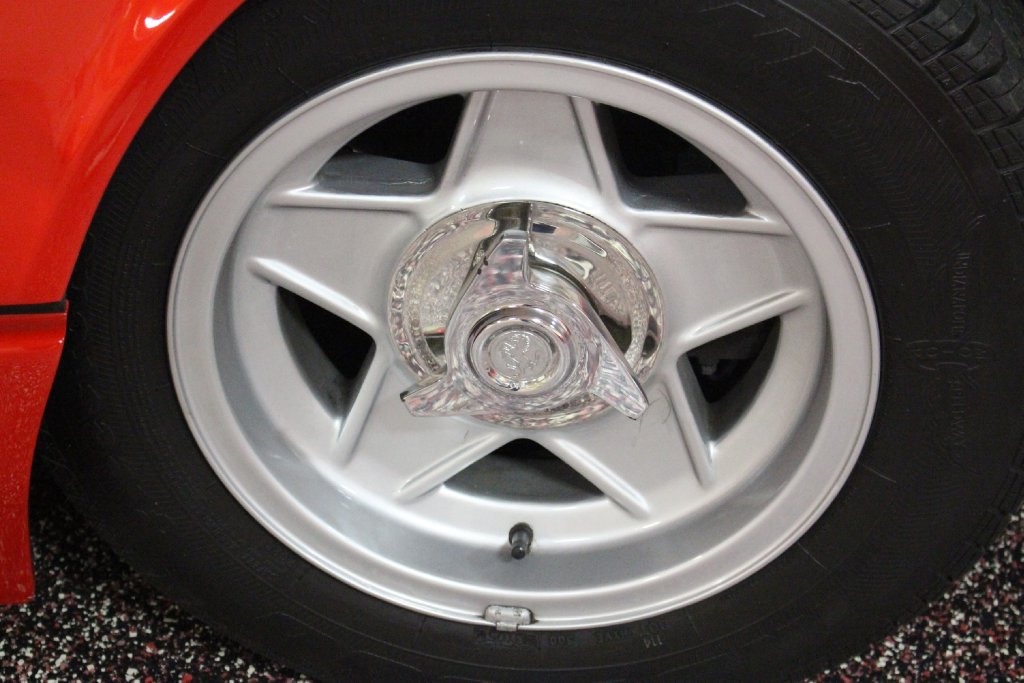 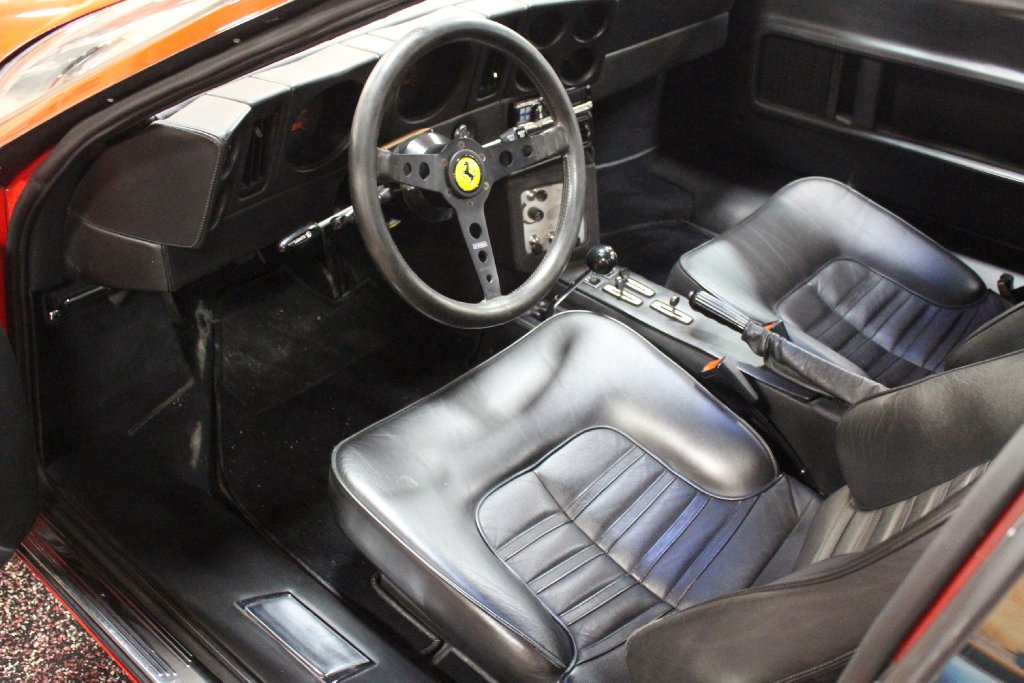 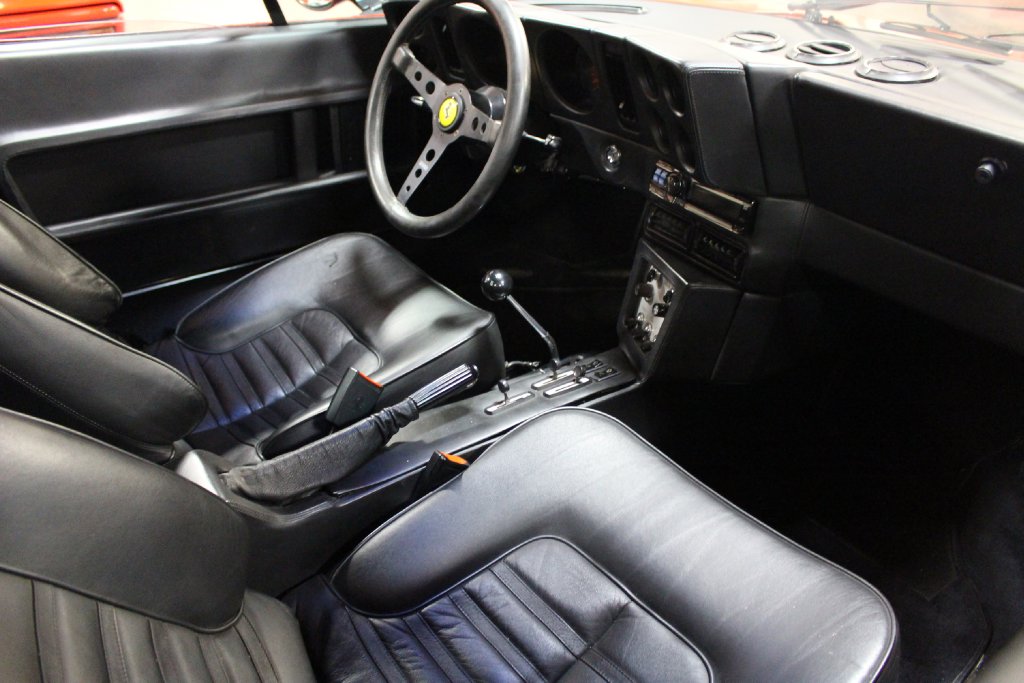 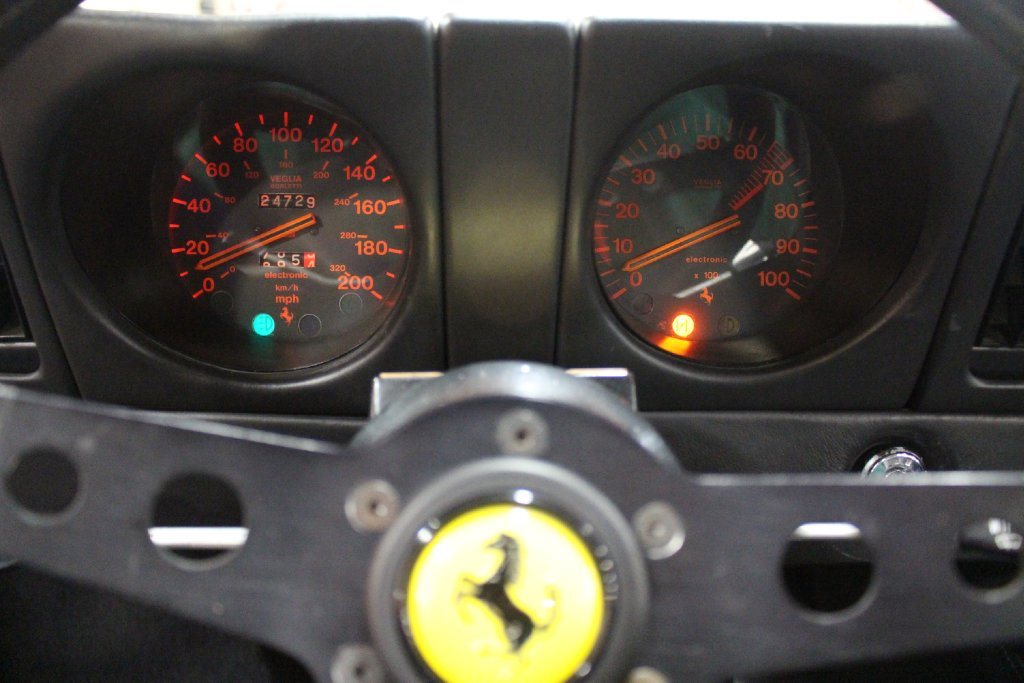 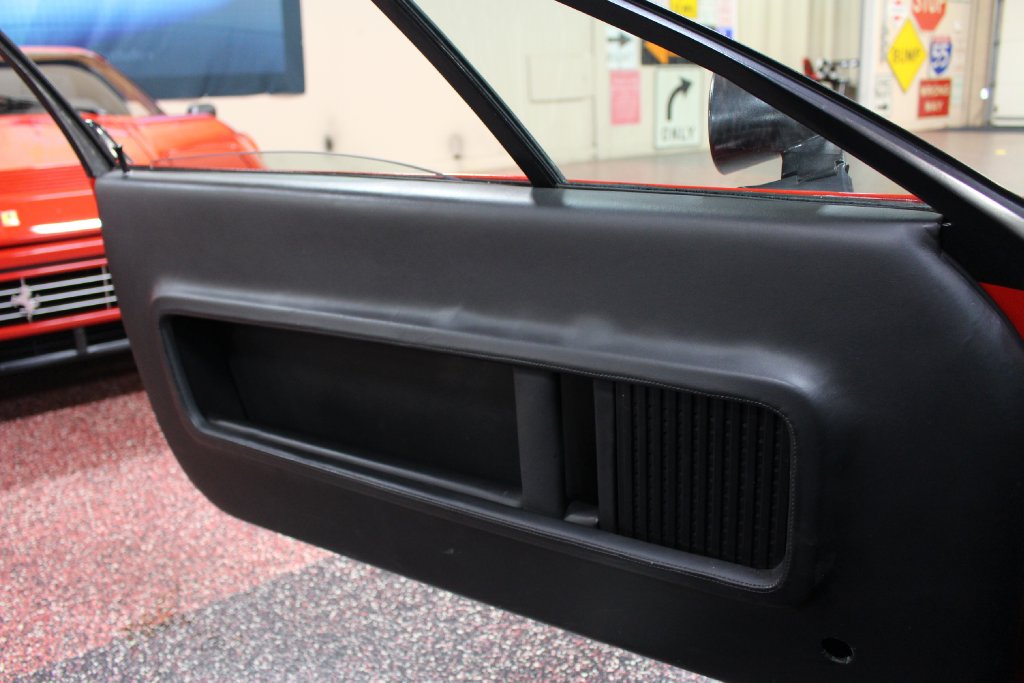 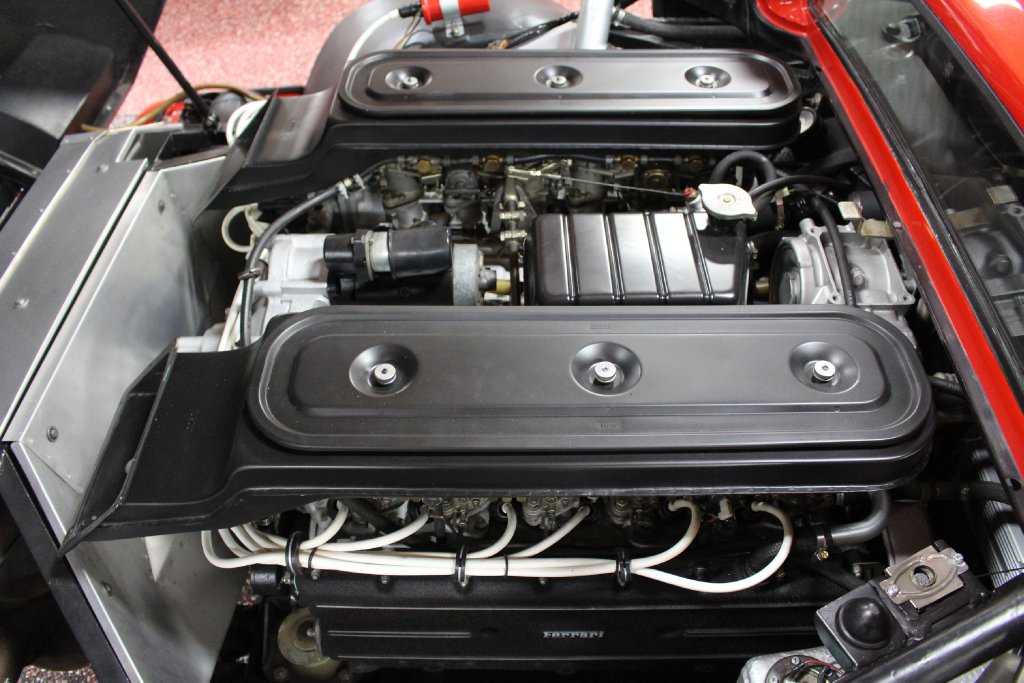 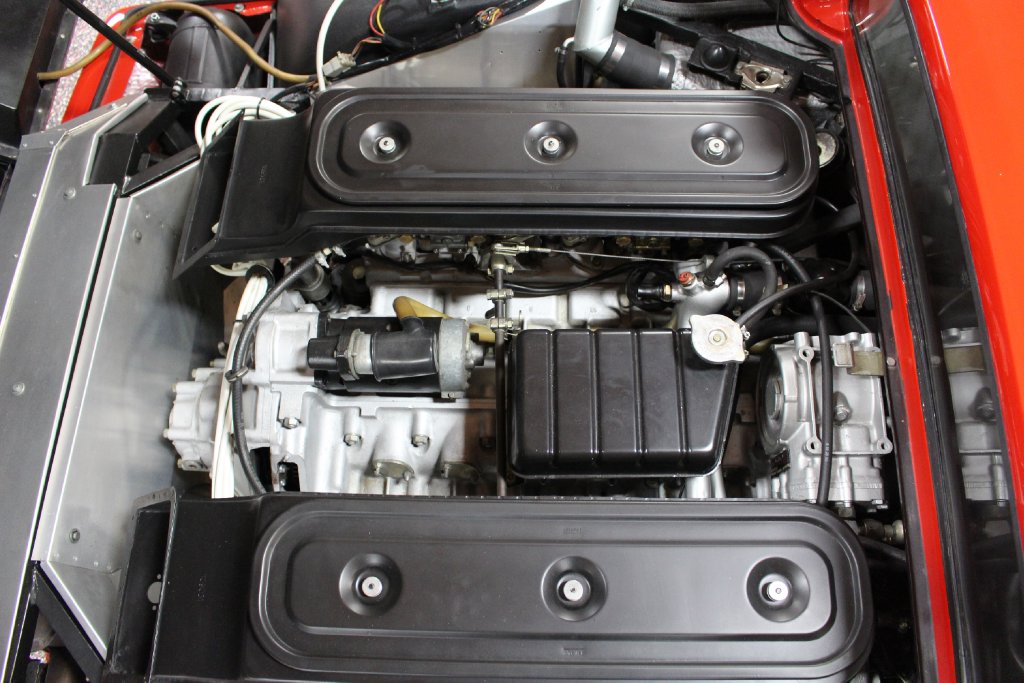 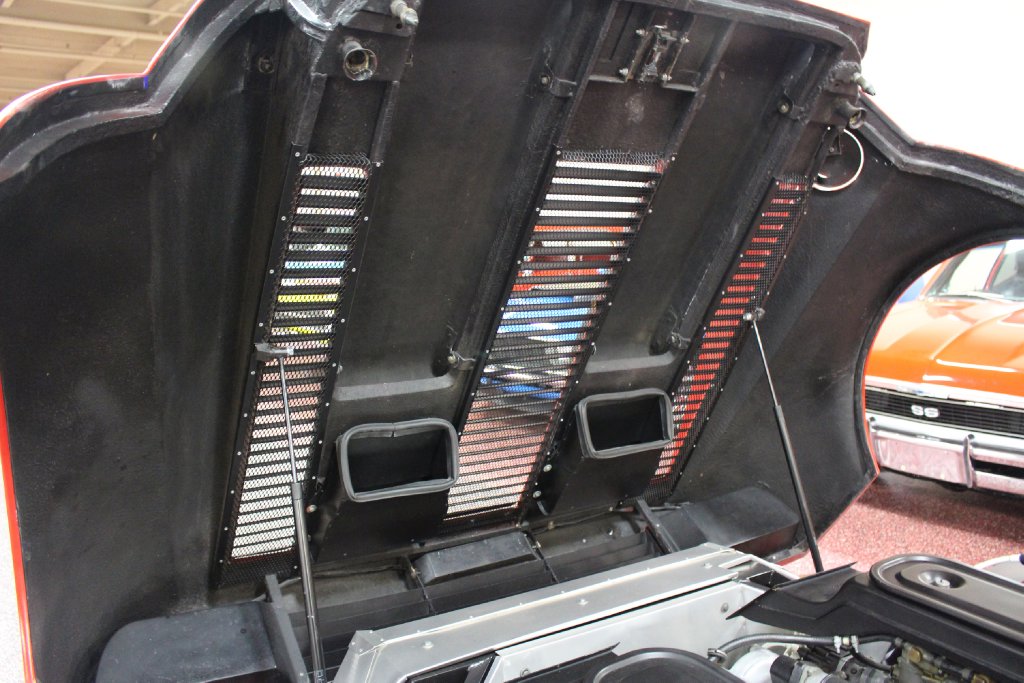 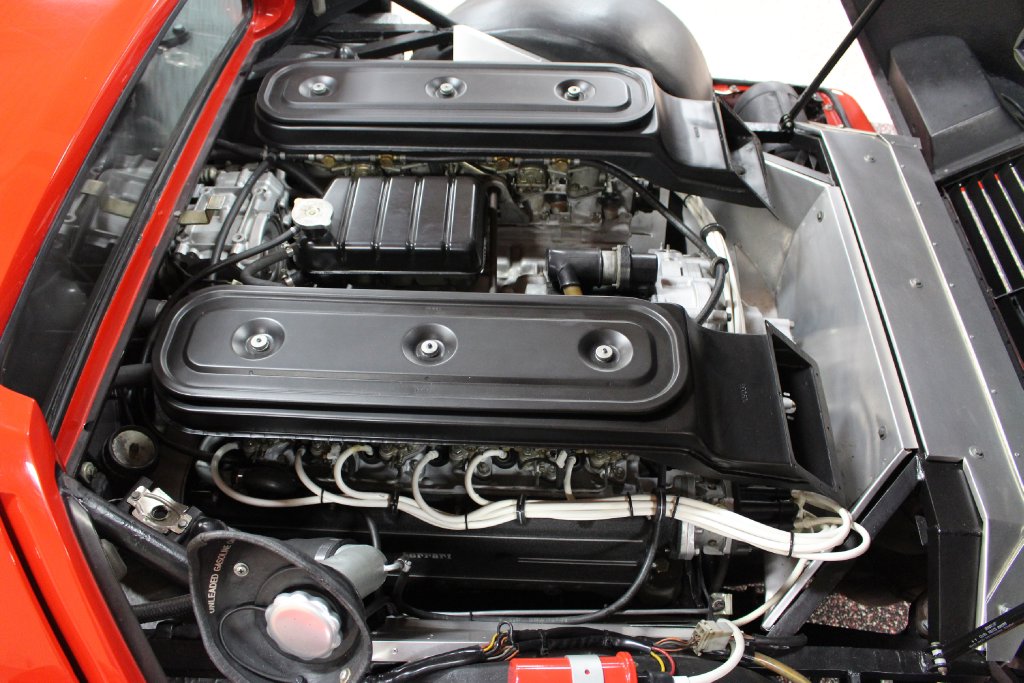 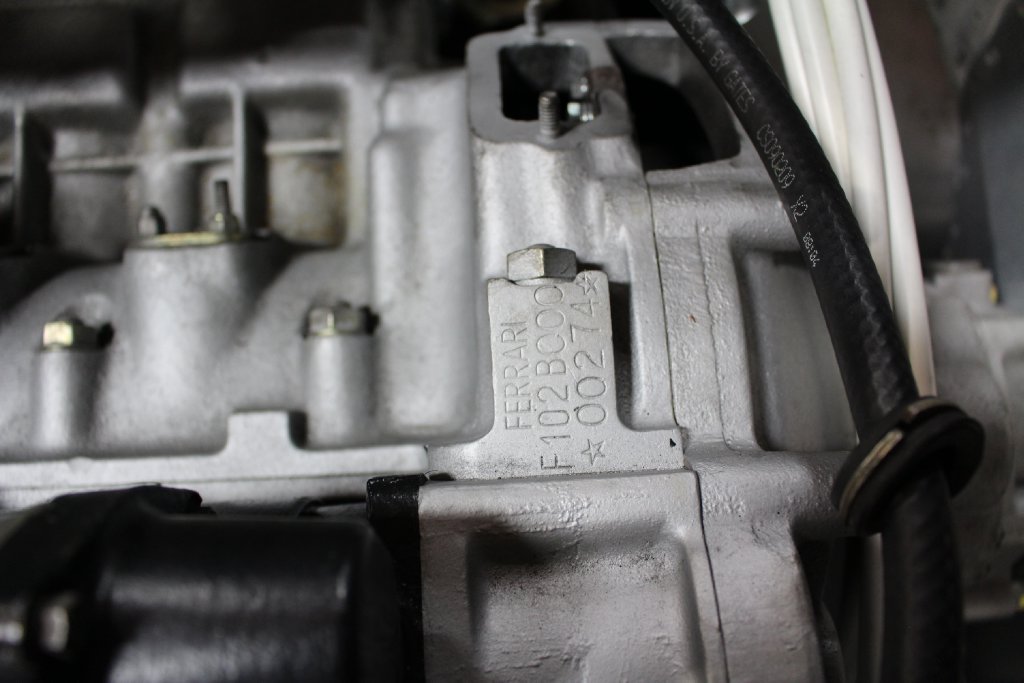 Ferrari's first mid-engined 12-cylinder production road car, the 365 GT4 Berlinetta Boxer, was seen as early as 1971 in prototype form but did not go on sale until 1973. Designed to compete against the contemporary Lamborghini Miura and newly designed Countach, the 365 GT4 BB represented a major departure for Enzo Ferrari, replacing the front-engined Daytona. Ferrari had previously been of the opinion that such a powerful mid-engined road car would be too much for his customers, but eventually realized otherwise after the success of the mid-engined Dino racing cars, and of course the V6 mid-engined Dino road cars.

The stunningly handsome and very rapid Ferrari 512 Berlinetta Boxer, or 512 BB, was introduced at the Paris Auto Show in October of 1976, although actual production had begun several months earlier. The 512 BB was the successor to the 365 GT4 BB, and offered a similar mechanical layout and exterior appearance. The new car included the addition of a new front chin spoiler and NACA intakes on the flanks. There were also now just four taillights instead of the previous six.

Most notably, the 365BB/512BB series was Ferrari's first with a 180-degree flat 12-cylinder engine in a production car. The four camshafts on these engines were belt-driven, another "first" for Ferrari. The 512's engine produced 360 DIN bhp at 6,200rpm, breathing through a quartet of Weber three-barrel carburetors. Bosch K-Jetronic fuel injection replaced the carburetors in late 1981 to help meet increasingly tough US exhaust emission regulations - the car's name was altered to reflect this change. As a result, horsepower dropped to 340 and torque to 333 foot-pounds at 4,600rpm. The injected Berlinetta Boxer still however remained a strong performer, capable of 0-60 from a standing start in just six seconds flat, and reaching almost 175mph (the factory claimed an optimistic 188 mph), covering the standing quarter-mile in 14.2 seconds at 103.5mph.

Offered here is a factory left-hand-drive, European-specification 512 Berlinetta Boxer. The desirable carbureted 512, chassis number 24445 was originally delivered new to Germany in 1978.  The car subsequently relocated to Bruxelles, Belgium, where it was stolen during the early 1980s. 24445 was discovered in California, USA in 1985, having been fitted with engine and transaxle from 512 BB chassis number 24317. The car was owned by a Ferrari Owners Club member in Santa Fe Springs, California from 1986-1993, before being offered for sale in the mid-1990s in Florida. The kilometer reading recorded at this point was just 28,000kms.

512 BB 24445 is believed to have been in a collection in Texas during the late 1990s, before relocating to California, and later to the east coast. In 2014, the marque specialists at Black Horse Garage, Bridgeport, Connecticut, treated the Ferrari to an extensive, engine-out service, where the cars clutch and timing belt were replaced.

Today, this 512 BB shows beautifully throughout. Presented in its Rosso Corsa finish with Nero Black leather, it is fitted with the attractive Cromodora 'Star' alloy wheels with three-eared knock-off spinners. This wonderful Ferrari is supplied with spare wheel and manuals, and will surely present its next owner with a thrilling driving experience.