For sale is this beautiful, numbers matching, PHS documented, dependable, well-handling, high-performance 1972 Pontiac Lemans Sport Convertible.  This car is not a re-imagined hot rod, but a thoughtfully restored classic, keeping all major components original, but massaging each system to make this car safer, more dependable, stronger, smoother, and higher performance than it ever could have been when it rolled off the assembly line in Michigan in April, 1972.

It is one of the very last A-Body cars ever built by GM, so I felt I owed it to its history to keep the car as it was intended, but utilize today’s technology to make it better.  As such, instead of simply dropping in a crate engine, I chose to take the original 45-year old 350, numbers matching engine, and have it balanced, blueprinted, bored, stroked, ported and polished to 409 cubic inches using only the best forged crank, pistons and rods.  The heads were ported and polished, with roller rockers and stronger valves and springs installed.  Even the original intake manifold was port-matched to the original heads to maximize air flow.  Yes, a crate engine would have been half the price, but the originality of this car would have been lost.  To bring the power plant into the 21st century for reliability, performance and fuel efficiency, the updated motor is fitted with electronic ignition, cold-air induction (with no cutting of the body) and electronic fuel injection (the Rochester 4-barrel comes with the car for you purists).  In the same vein, the original 4-speed transmission with Hurst 4-speed shifter remains, but the components of the transmission were all replaced with heavy-duty parts.  Same for the rear end differential, which now houses an Auburn carrier and Yukon 3.31 gears.

For safety, the car now has Wilwood power disc brakes all around and chromed-15-inch Pontiac wheels (the original 14-inch wheels are not only getting harder to find tires for, they would not accommodate the large disc brakes desired to slow down the all new power of this car).  Similarly, for handling and a smooth ride, the suspension was replaced front and rear with Hotchkis equipment, including upper and lower control arms front and rear, anti-sway bars front and rear and Hotchkis tuned Fox shocks all around.

The results are a car that starts, runs, stops and rides like no other ’72 Pontiac.  Again, however, all the major components remain original.  The same thought process went into the body and interior of the car. The entire rust-free car was stripped and painted with the original Pontiac Code 65 Sundance Orange color (as identified on the VIN) and original black, bucket seat and console interior.  However, to give the car 21st century looks, it was fitted with a front and rear spoiler (the front spoiler aids with airflow into the cold-air induction and the rear “duck-tail” is unique to only the 1972 model Lemans and no other and helps push the rear down at high speed), matte black rally stripes (reduces sun glare from the hood) and matching orange piping of the black vinyl interior (the only flaw in the car is a 2” piece of orange piping I inadvertently tore on the side of the driver’s seat).  Again, the major components (the exterior and interior colors) remain original.  They have simply been “enhanced.” Even the 800-Watt Rockford Fosgate stereo does not detract from the originality of this car as the head unit is from Retrosound to match the chrome style of the dash.  The only two visible speakers are on the rear convertible ram covers on the sides of the backseat.   The subwoofer and amplifiers are in the trunk and the Sirius satellite unit is hidden in the glove box.   There are hundreds of pages of receipts which go with the car, but I included here only the $10k receipt for the engine work so as to show you the quality I demanded for this car.  The paint job was another $10k. Also included are original Pontiac brochures and maintenance booklet. 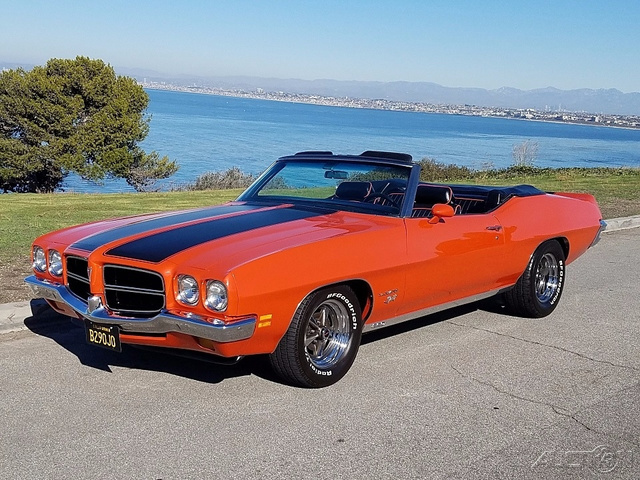 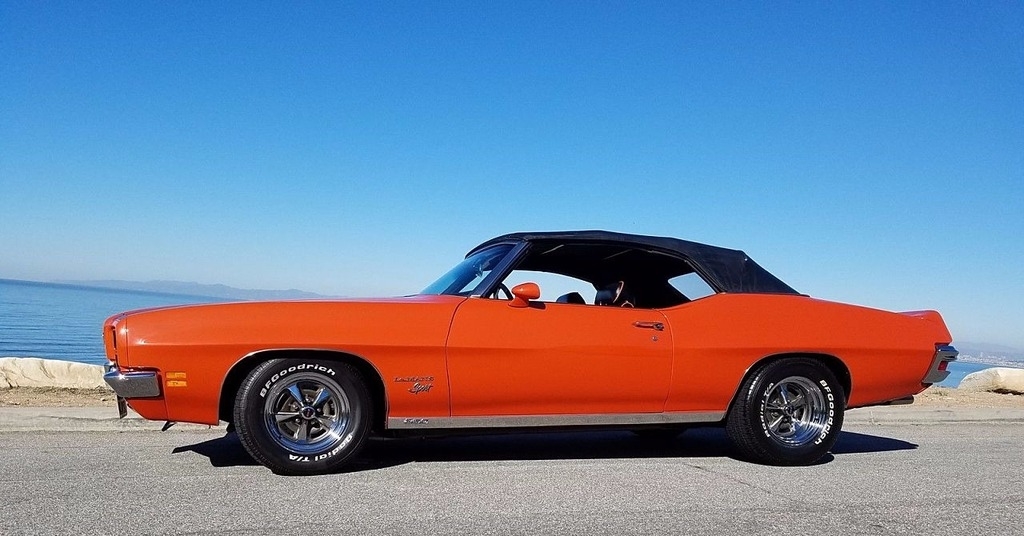 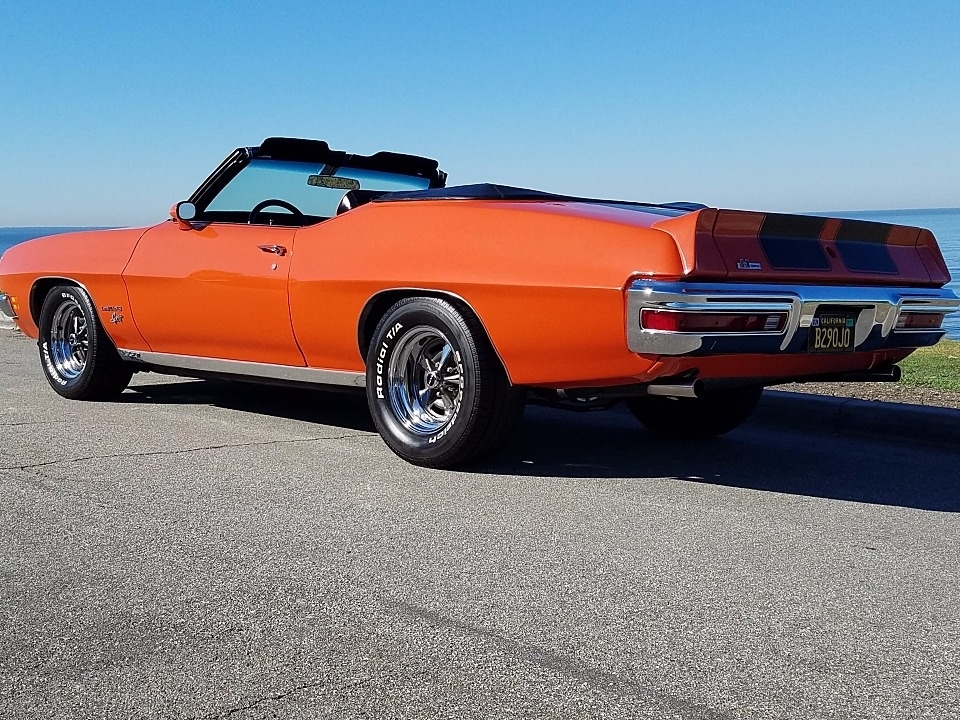 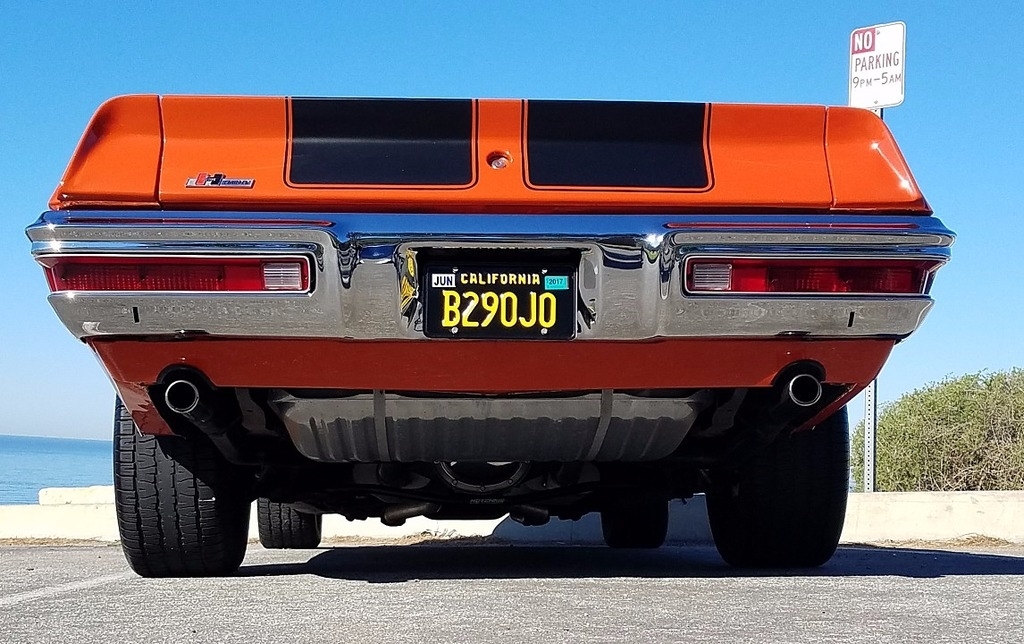 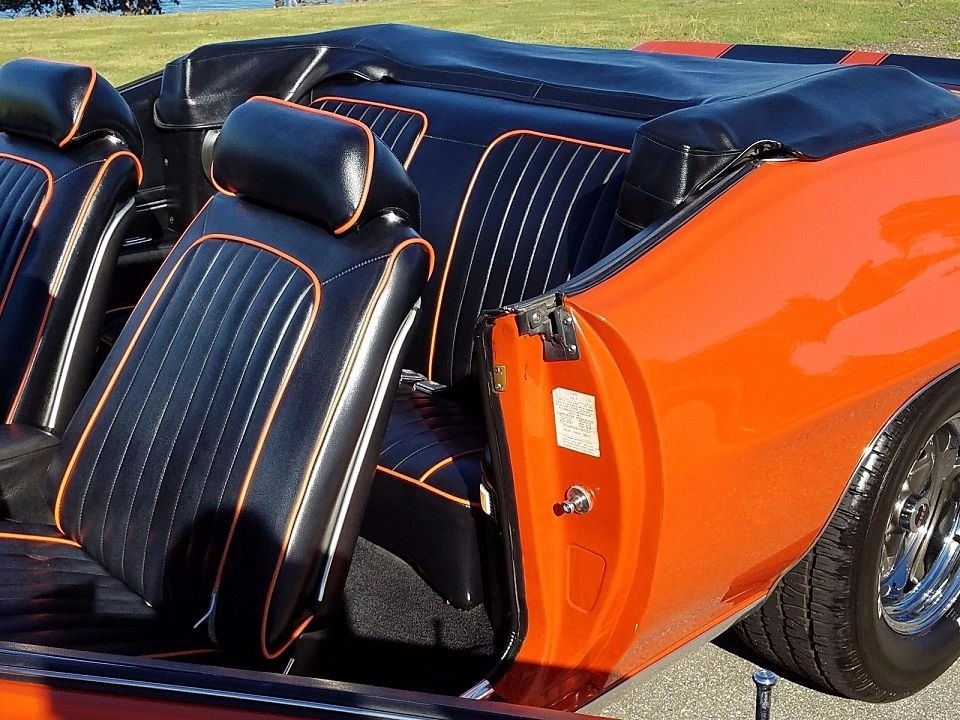 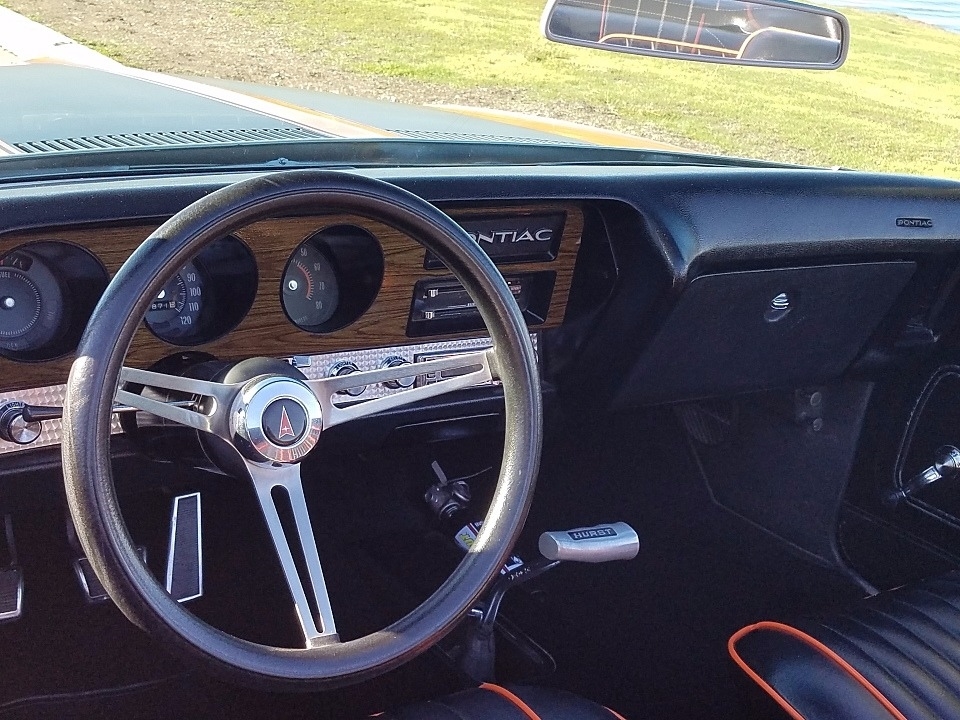 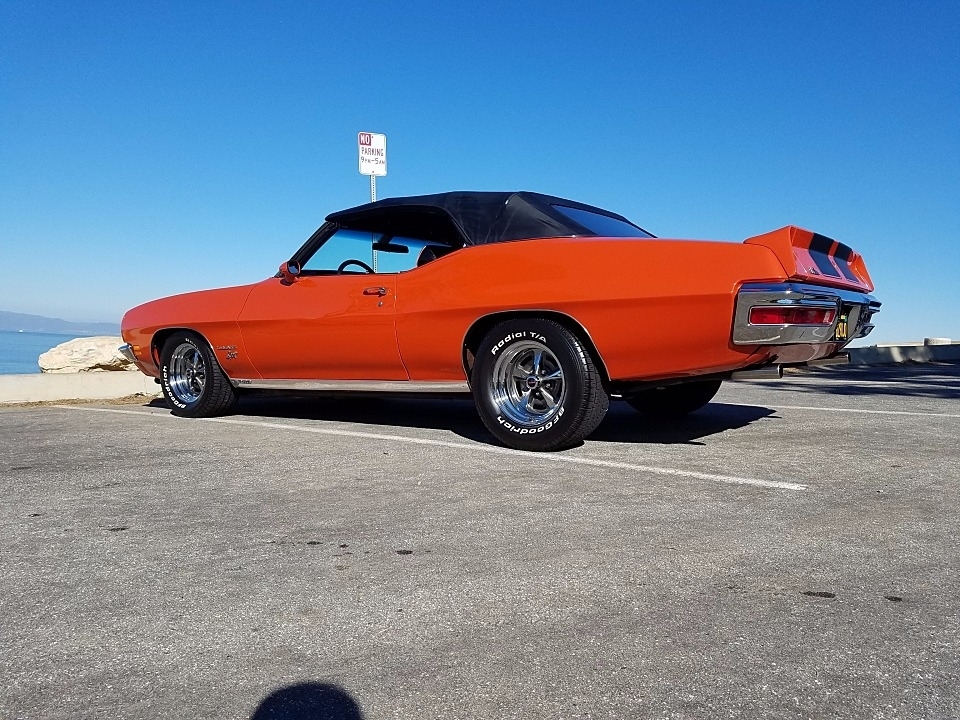 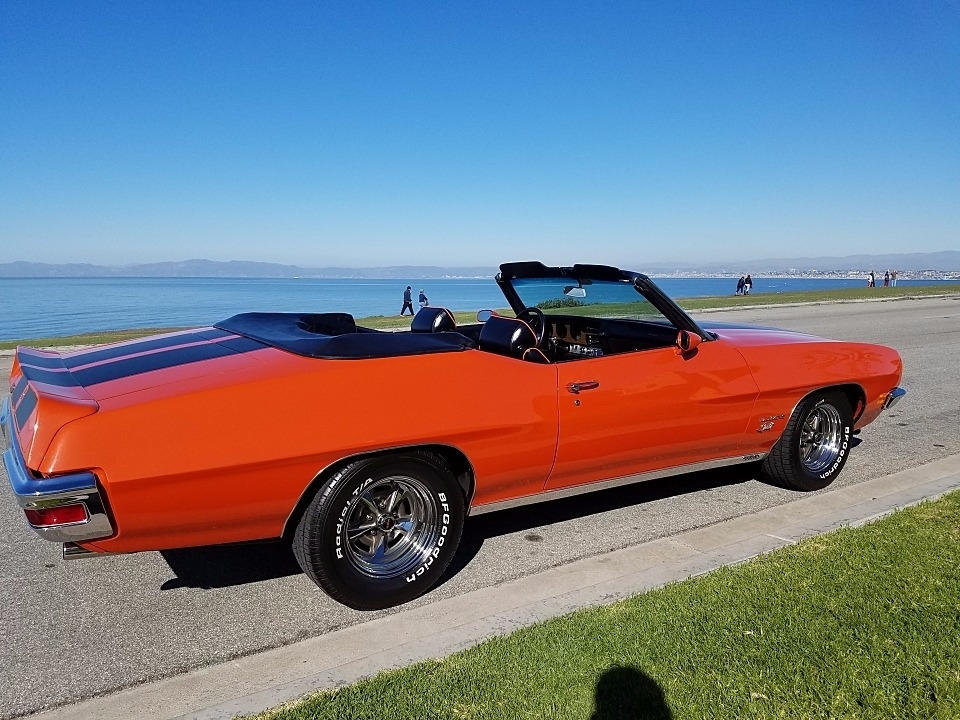 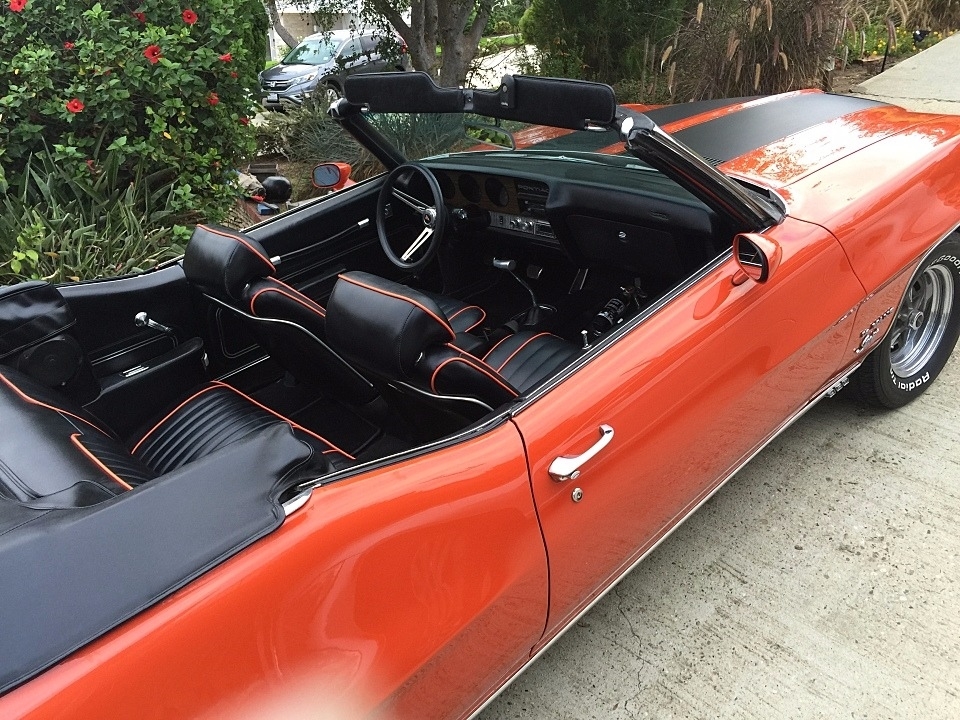 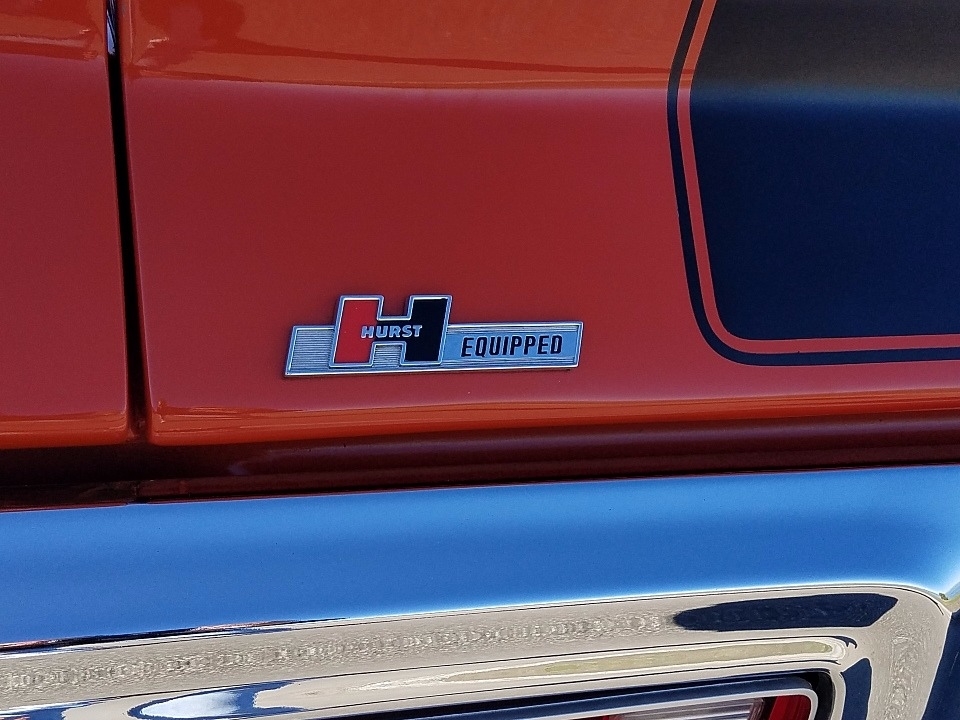 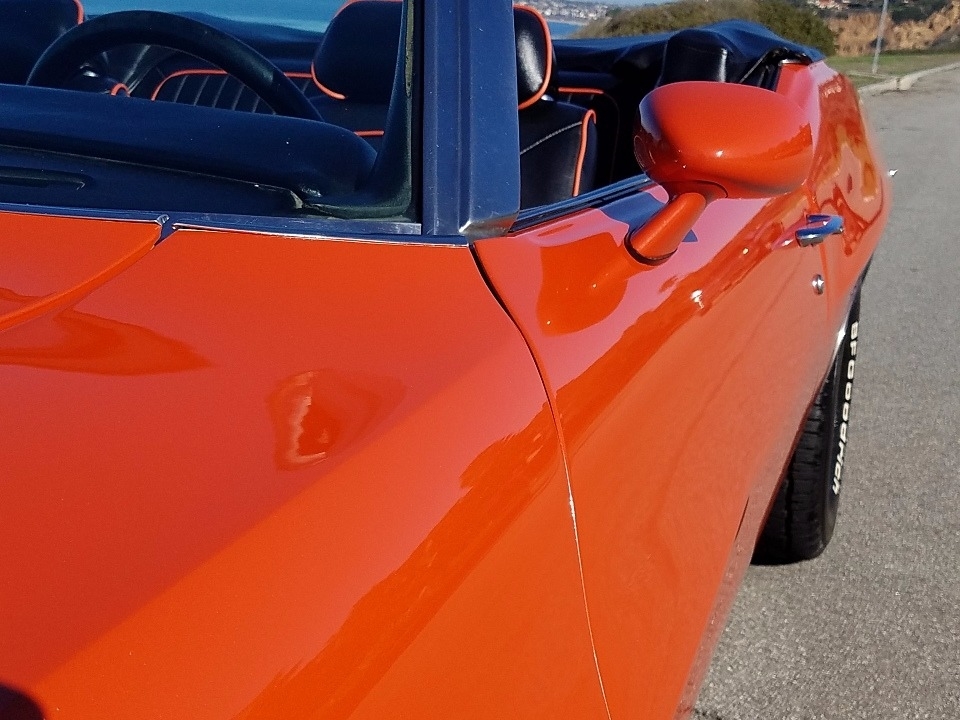 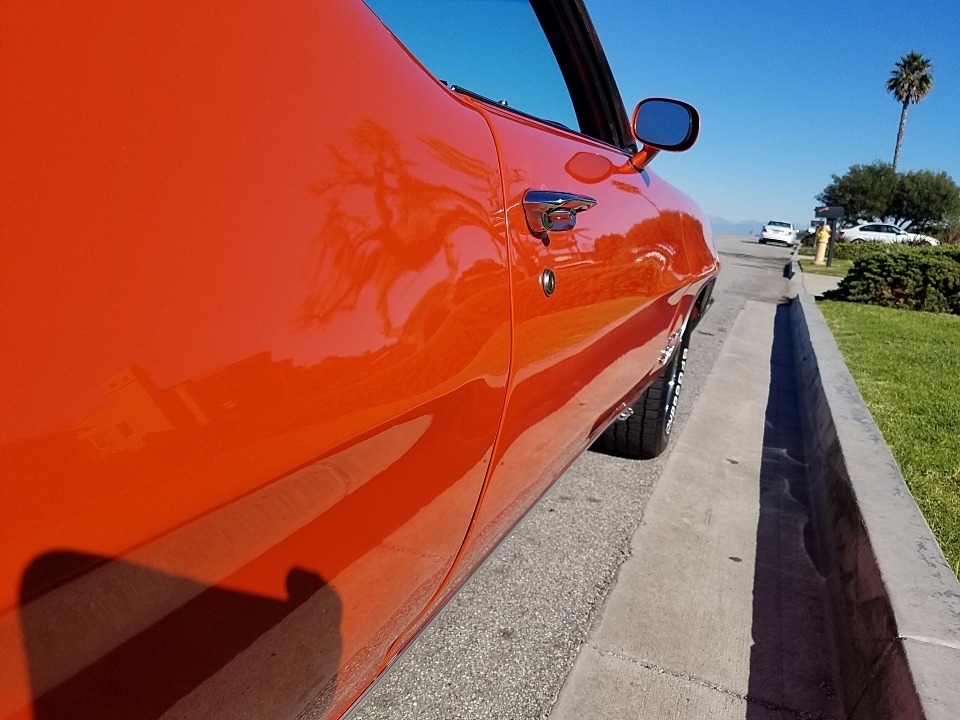 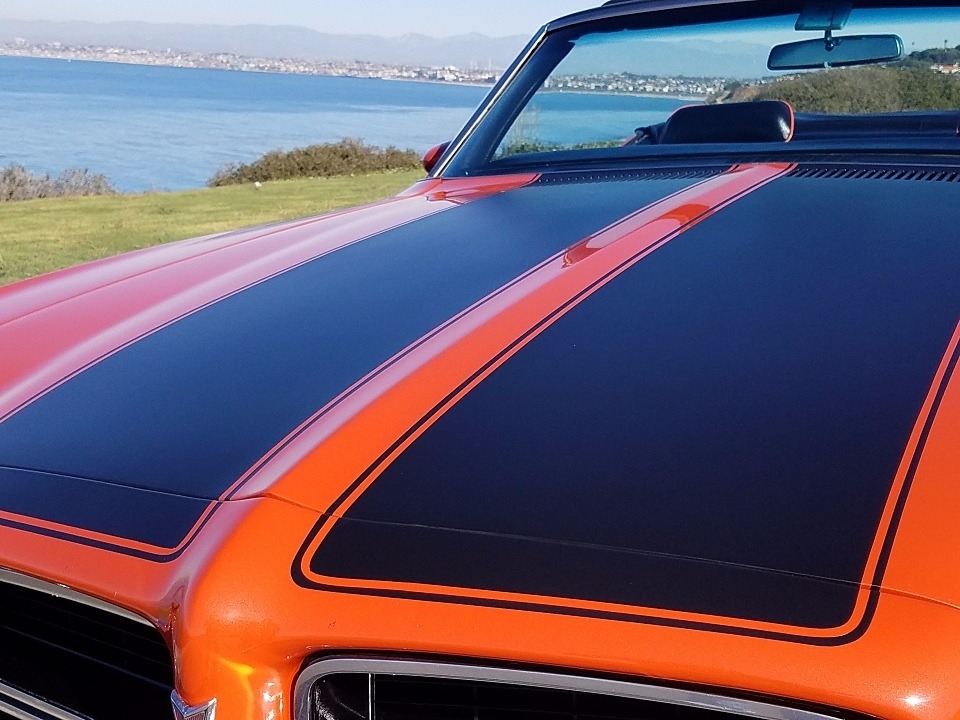 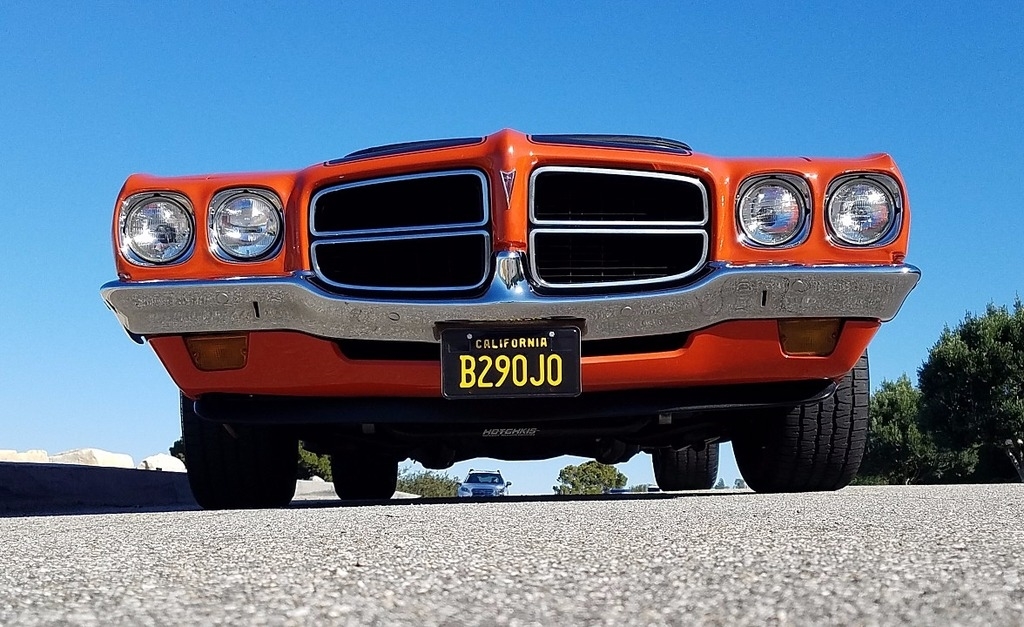 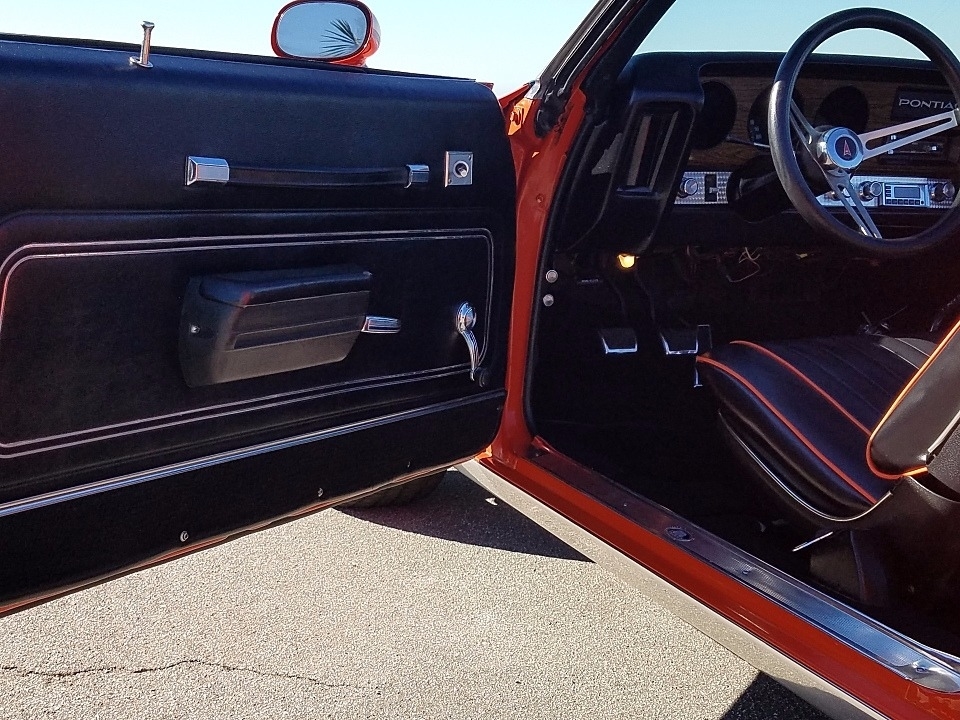 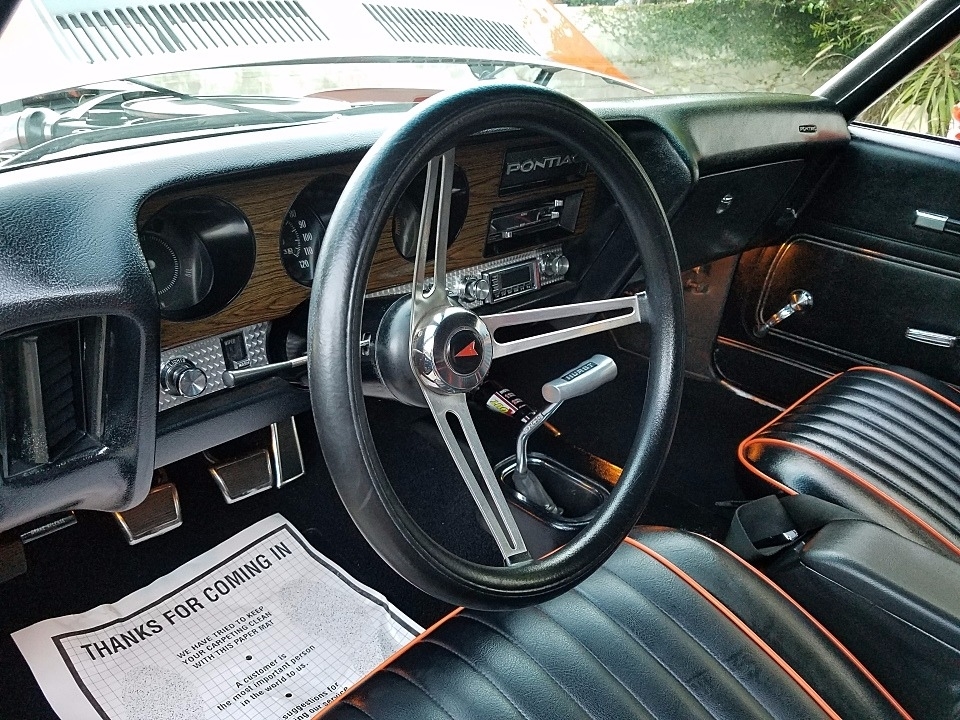 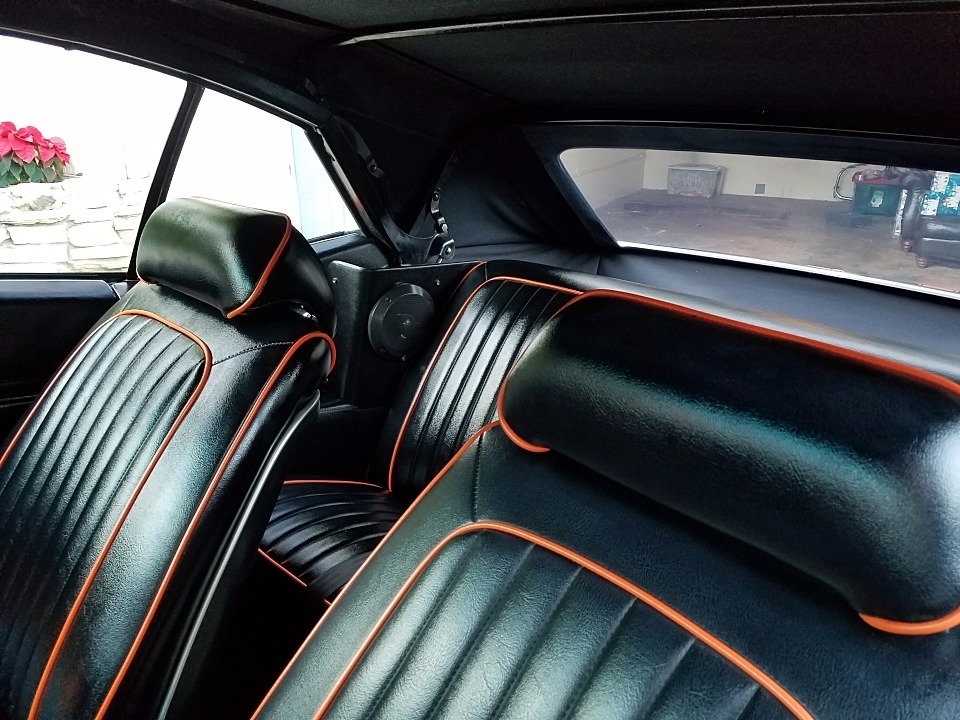 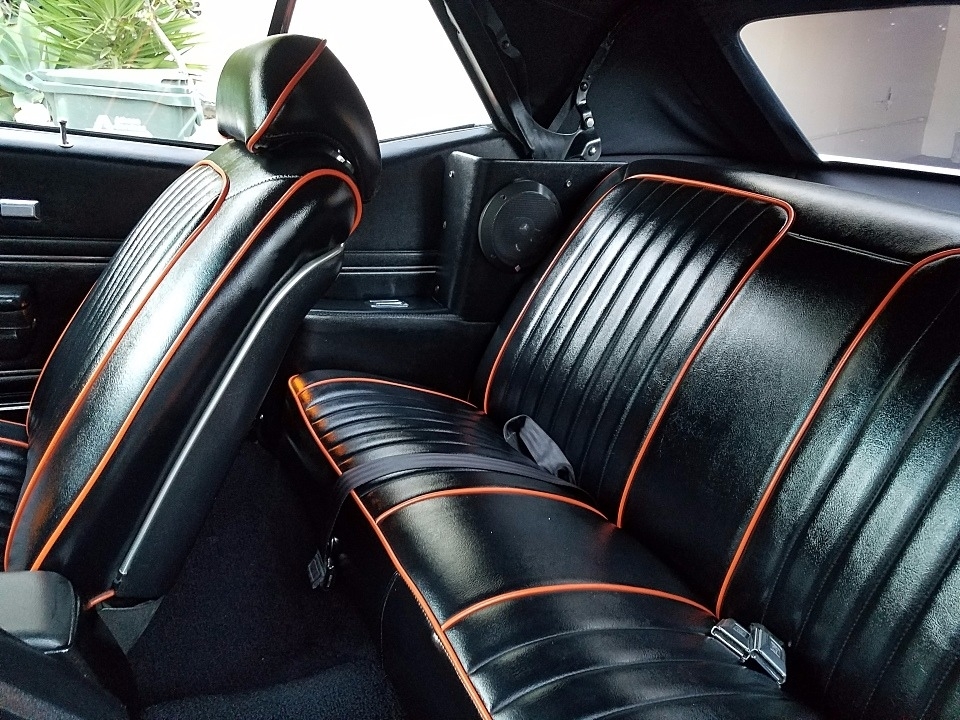 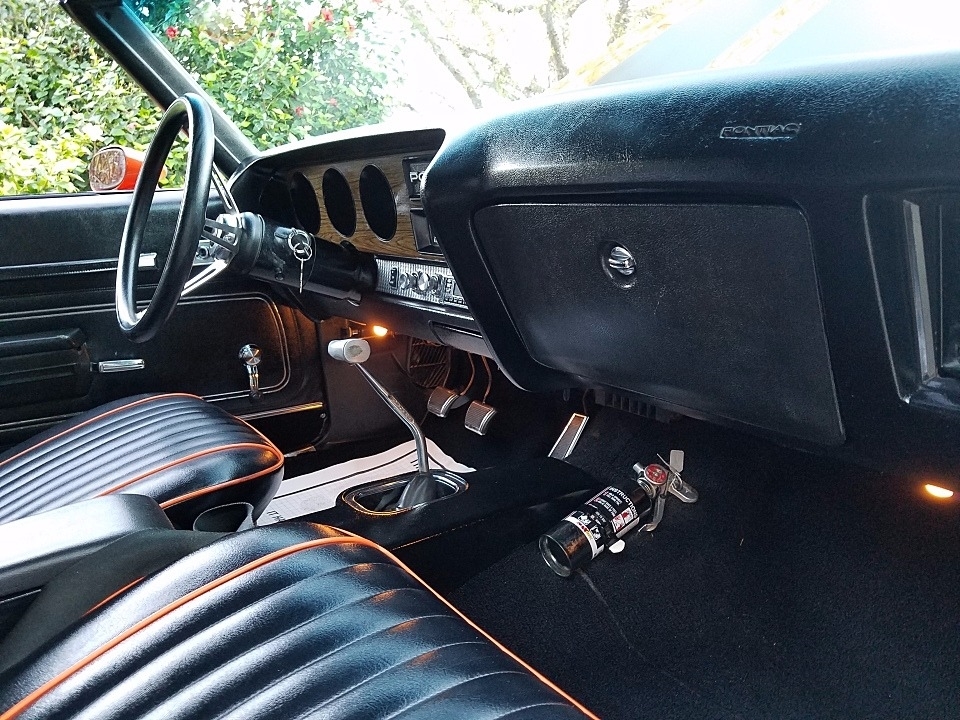 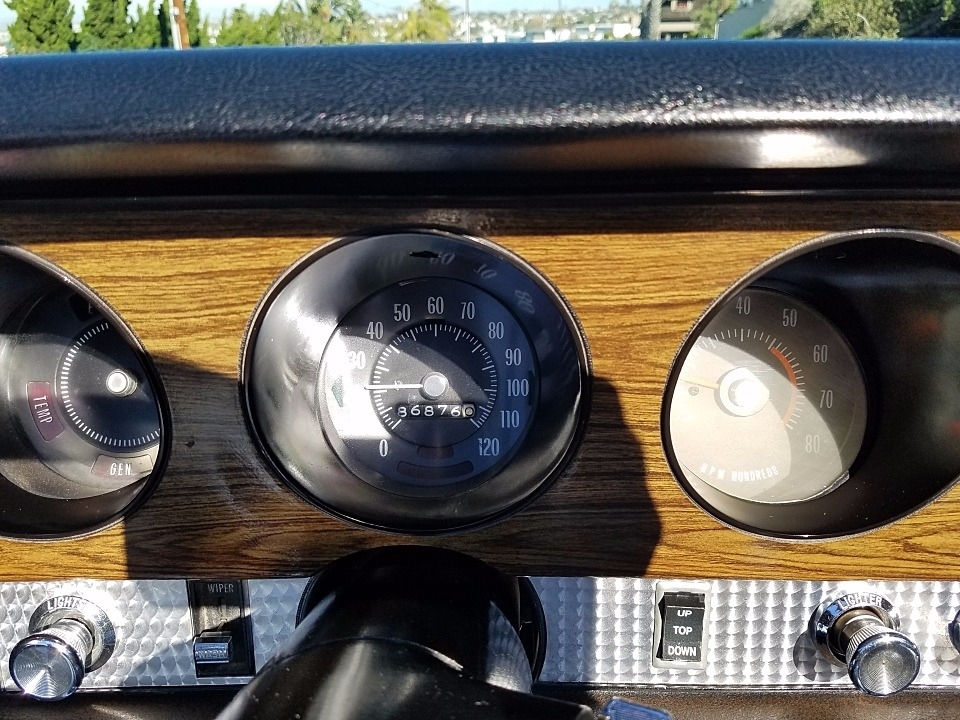 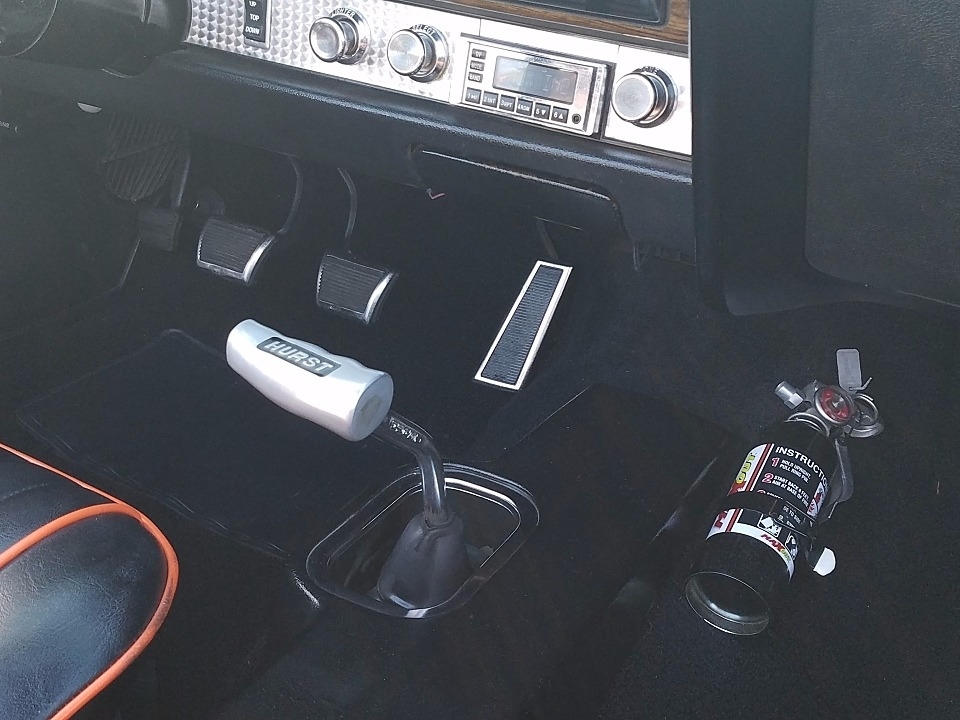 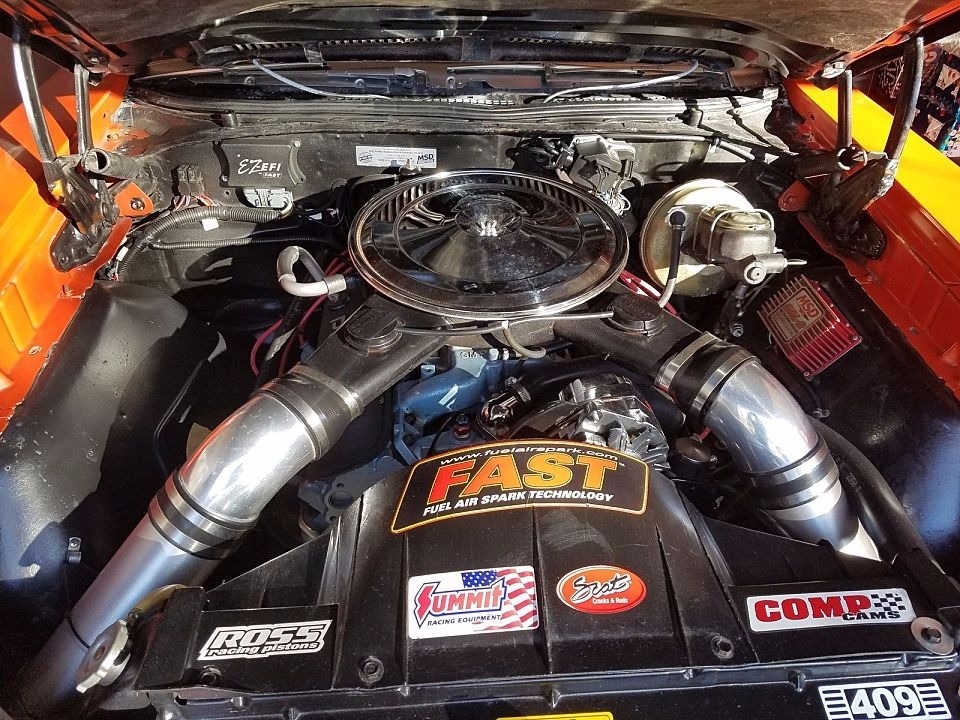 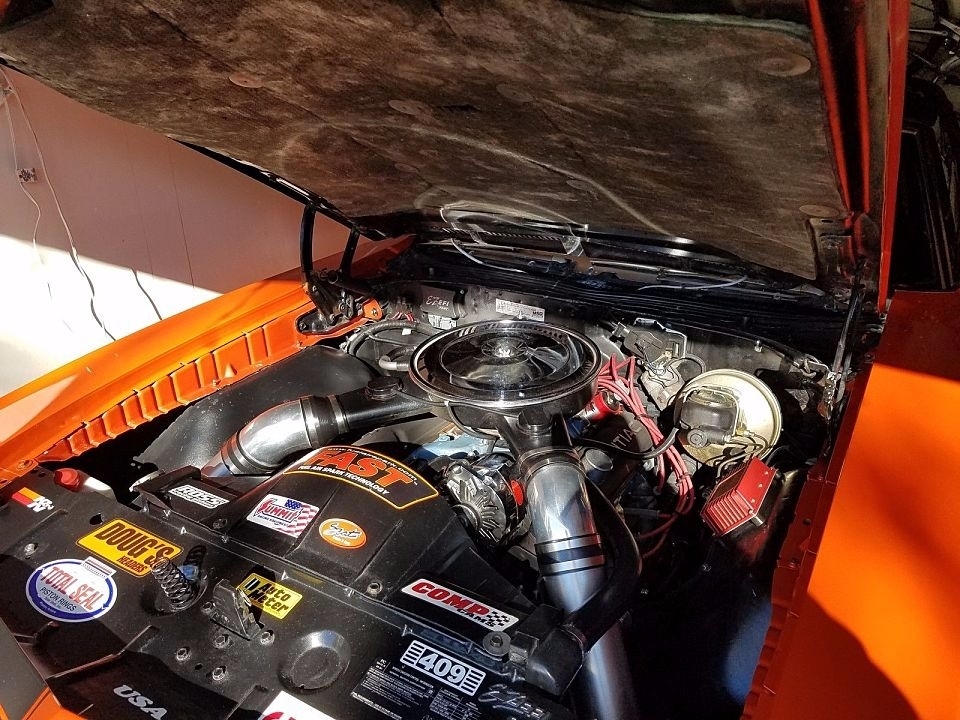 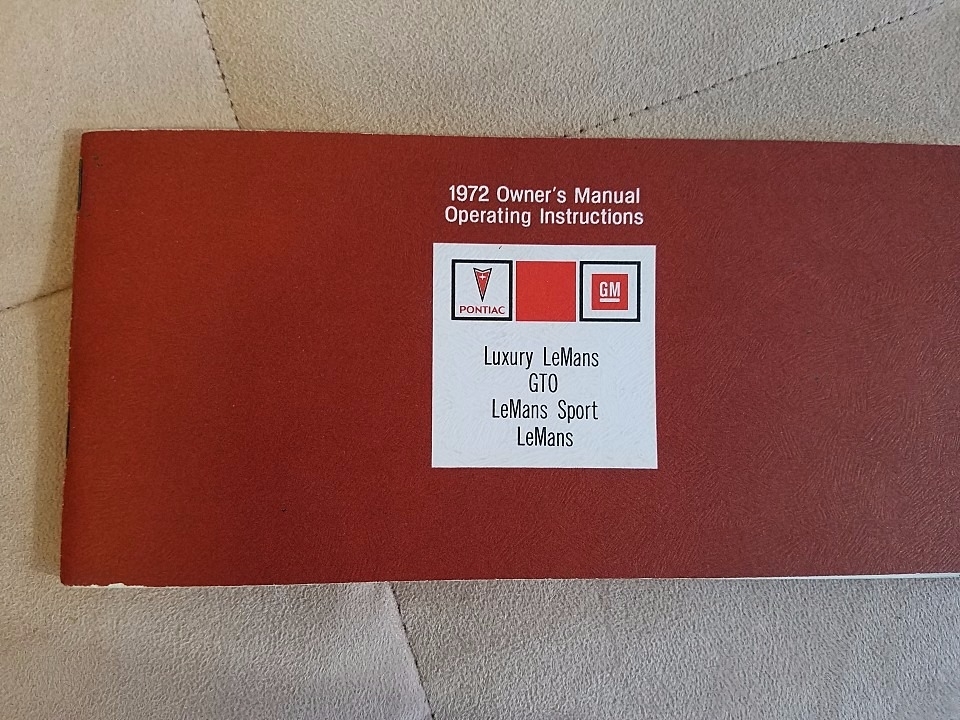 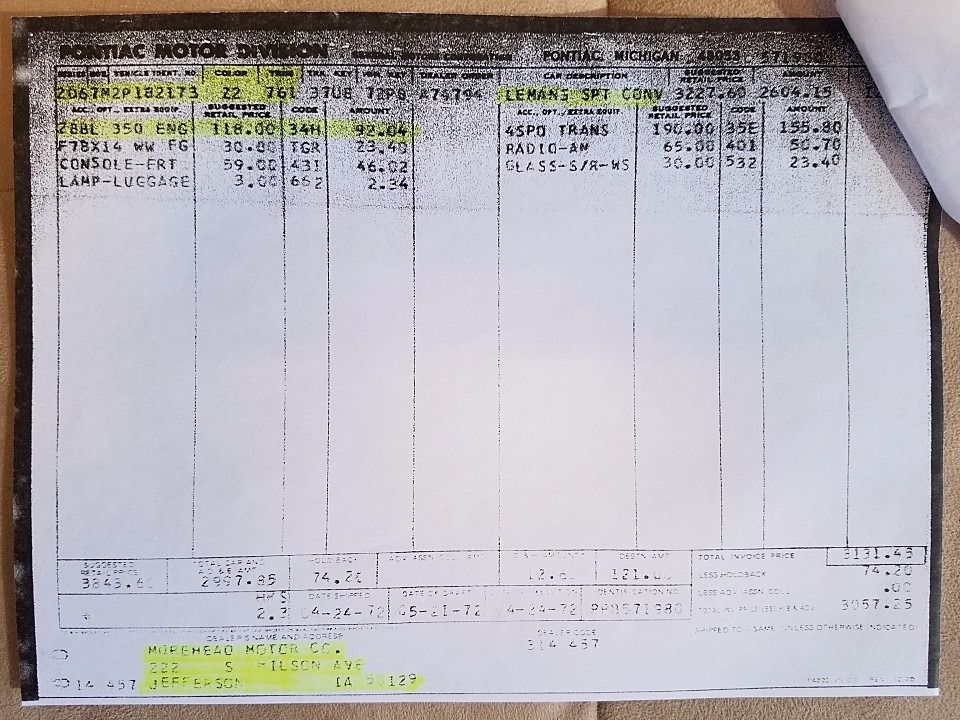 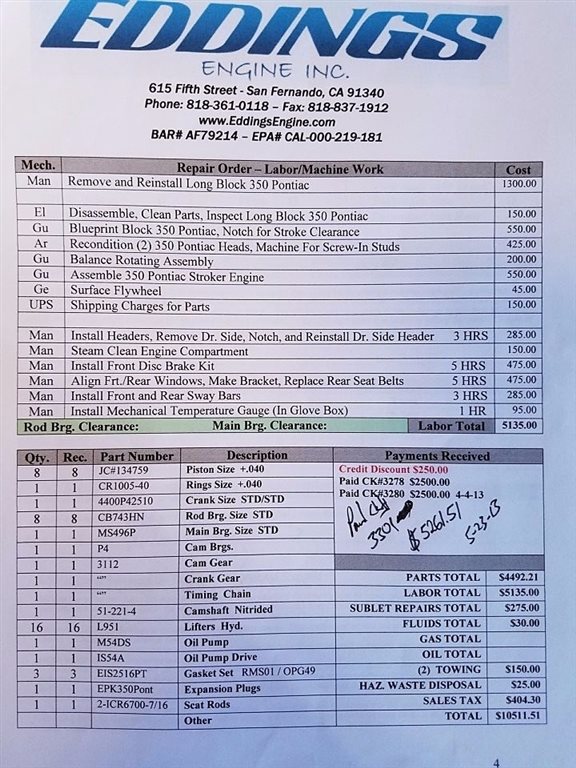 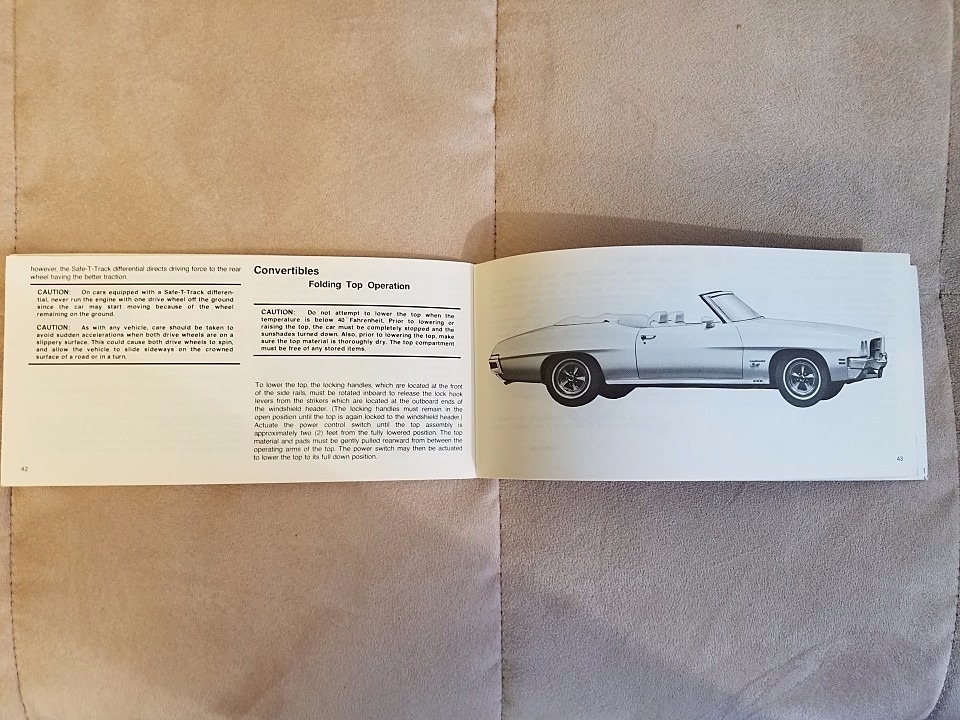 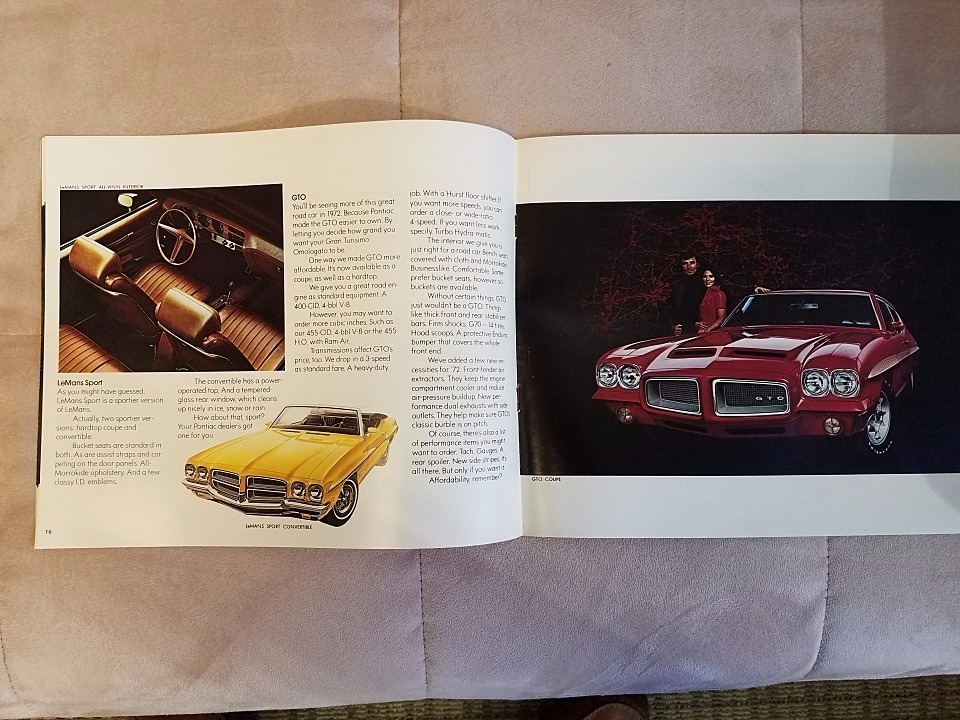 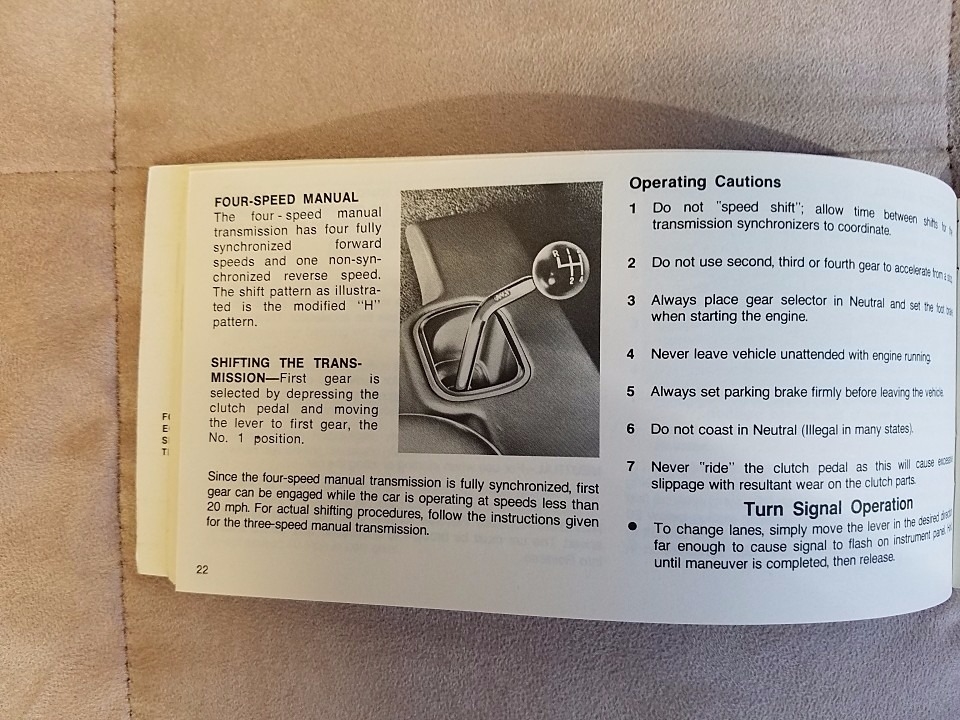 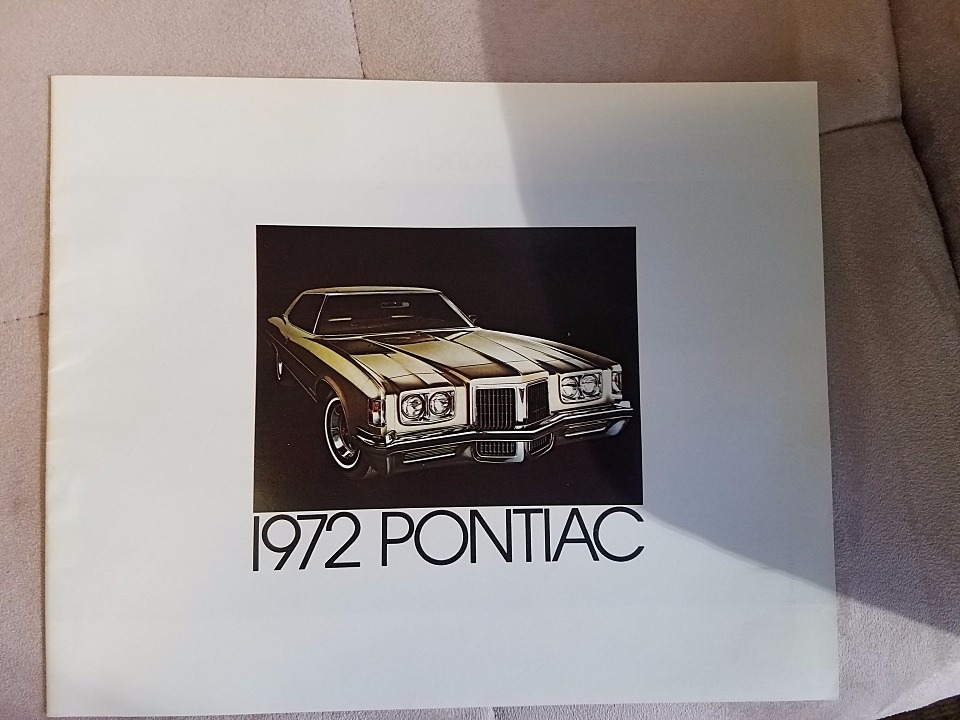