Carroll Shelby told Jon Wilhelm that his favorite color combinations were blue and orange, as depicted on the GT 40 Gulf racer.  This CR350 has updated colors from House of Kolor (TruBlue and Tangelo).  Executives from Shelby examined this vehicle but did not decide to continue the Retractable program.

This fine vehicle is the Mustang Club of America (MCA) Grand National Champion (modified, trailered division, aka show car division).  It was displayed at SEMA in Las Vegas as a featured vehicle.  It wins at every car show that it is shown.

No expense has been spared on this prototype vehicle.  It has the best products available for Mustangs.  The engine is a tricked out 302 V8 with special products to give it plenty of power while still keeping it manageable.  It has an AOD transmission and posi-traction to its rear wheels.  It has an SSBS 4-wheel disc brake system that is radical and efficient.

Virtually everything under the hood is not only new but top of the line.  Most parts are polished aluminum, and the headers are JBA titanium shorties.  This car received a complete rotisserie restoration, with every bolt, wire and part being replaced or completely refurbished.  The vintage metal hood has been altered to look like a vintage Shelby from the side, but the scoop is active and resting on the engine, providing a true shaker effect.  This shaker hood is the first known example of this unique combination.

The blue and black interior is completely custom, featuring the Wilhelm ambigram logo (can be read in either direction).  The dashboard has been shaved to display the beautiful bones of the metal dash underneath the typical 1964 1/2 padding.  All instruments are new, as is the modern air conditioning system from Old Air Products.  The seats are re-created from the original frames, but the bucket front seats have modern bolsters and headrests.

The carbon fibre, rear decklid was custom built for this prototype to reflect the Shelby influence of the 67/68 rear spoiler.  Two additional inches were needed in trunk space height to conceal the retractable top.  Those two inches were concealed nicely within the spoiler, and the look is very much Shelby.

Other design cues went into the carbon fiber top to produce a look that more closely resembles the feel of a convertible top.  All hardware is billet aluminum and handmade.  The material used on the covering of the top is similar to what is found on a higher end BMW.  The top is operated manually, but the lightweight carbon fiber make its manipulation quite manageable by most adults.

The retractable system was originally designed by Ben Smith, a Ford engineer who had successfully introduced the 1957 through 1959 Skyliner.  Ford commissioned him to build one Mustang retractable.  It was completed and subsequently rejected by Ford.

Sir Jon Wilhelm is credited for approaching Shelby in the early 2000s to suggest that he might consider re-entering the Ford market with Shelby products (at the time, he was building Oldsmobile’s, calling them the Series 1).  Shelby was not interested in working with Ford, but gave Wilhelm the worldwide rights to the Shelby Mustang.

Wilhelm brought the Eleanor to market first, calling it the GT 500E (for Eleanor).  The success of that venture made the market for 67 and 68 Fastbacks go through the roof.  Less desirable Coupes remained plentiful (about 5 times more in quantity), and they were relatively cheap.  Wilhelm proposed building retractables and convertibles and renewed his license with Shelby in 2005 to build, among other models, the GT 350CR.  This 1964 1/2 prototype is the first car built as a convertible retractable with the Shelby appointments and styling cues.

This fine car has vintage California plates and has only been licensed in California.  It has been jigged and trued to near perfection by The Restomod Shop in Stockton, California.  Final assembly and alterations were made at Showcase Rods and Customs in Salt Lake City.

This vehicle is part of Sir Jon Wilhelm’s personal collection.  It has very few miles on it since it was made into a prototype vehicle.  A portion of the proceeds of this sale will go to the Carroll Shelby Children’s Foundation.  May he rest in peace.

Anti-noise and heat shields and insulation

17 coats of paint, including white pearl

Side badging stripes for G.T.350CR designation

*Caveat Emptor* Please Remember to Inspect Vehicle Prior To Purchase! 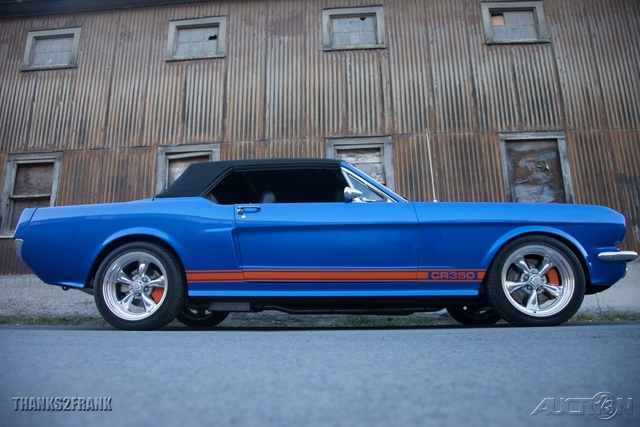 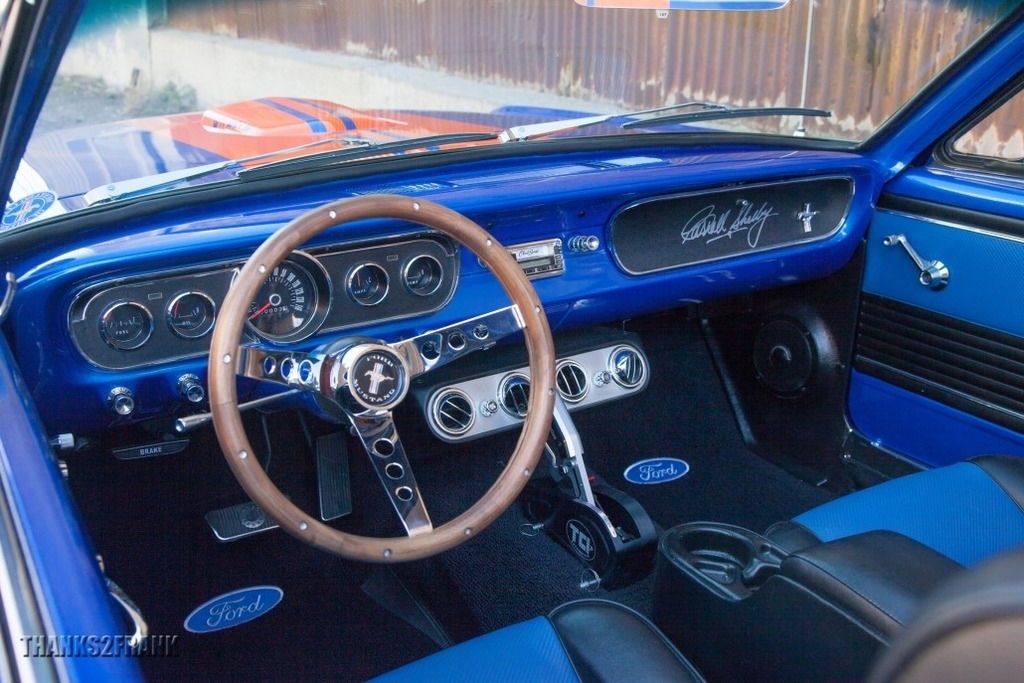 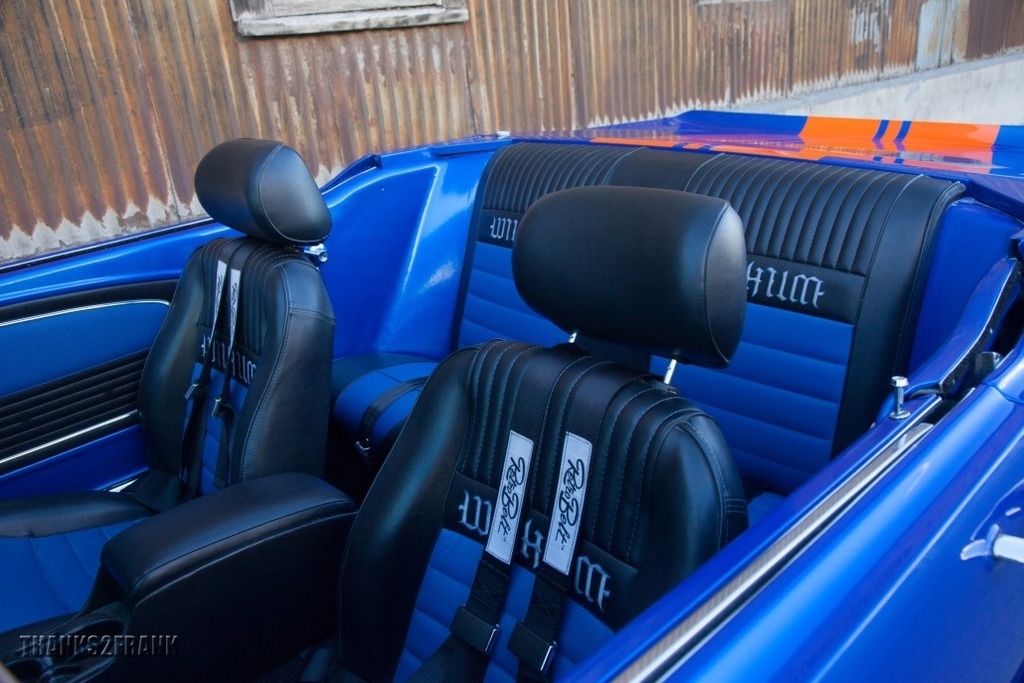 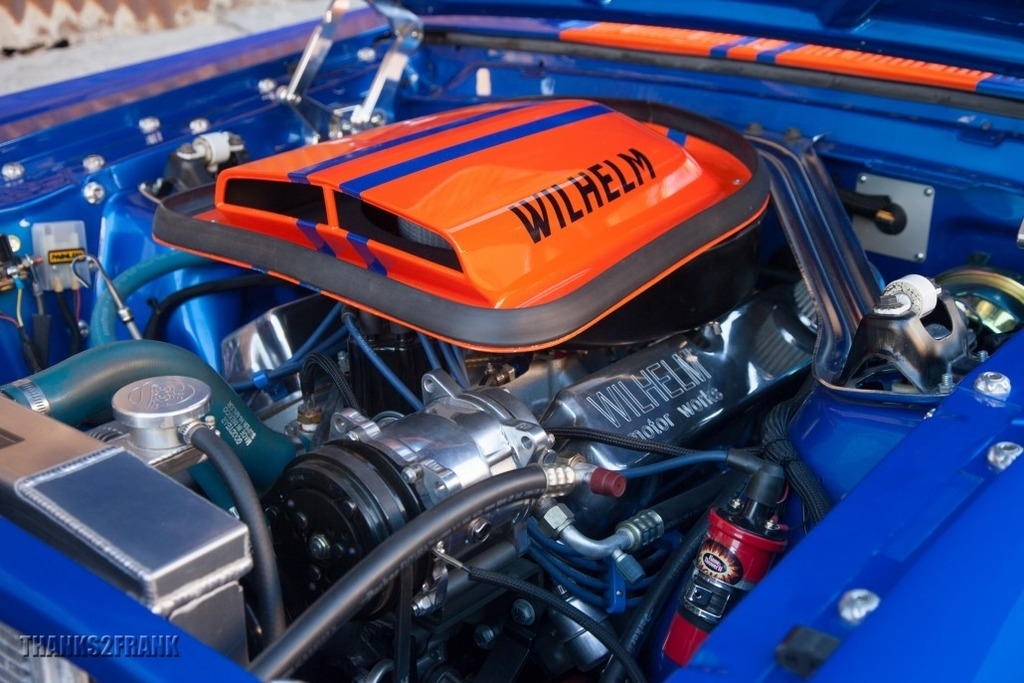 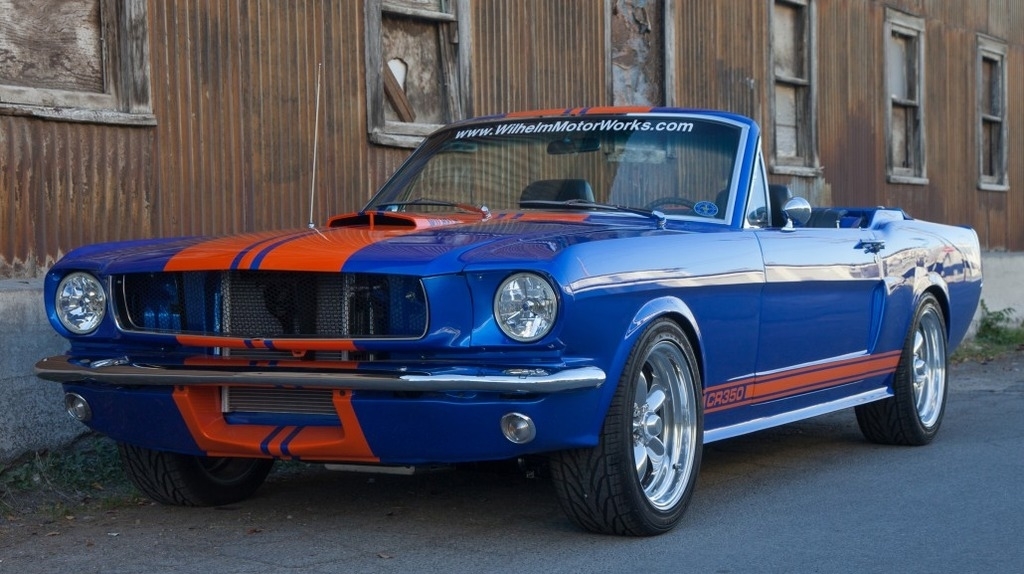 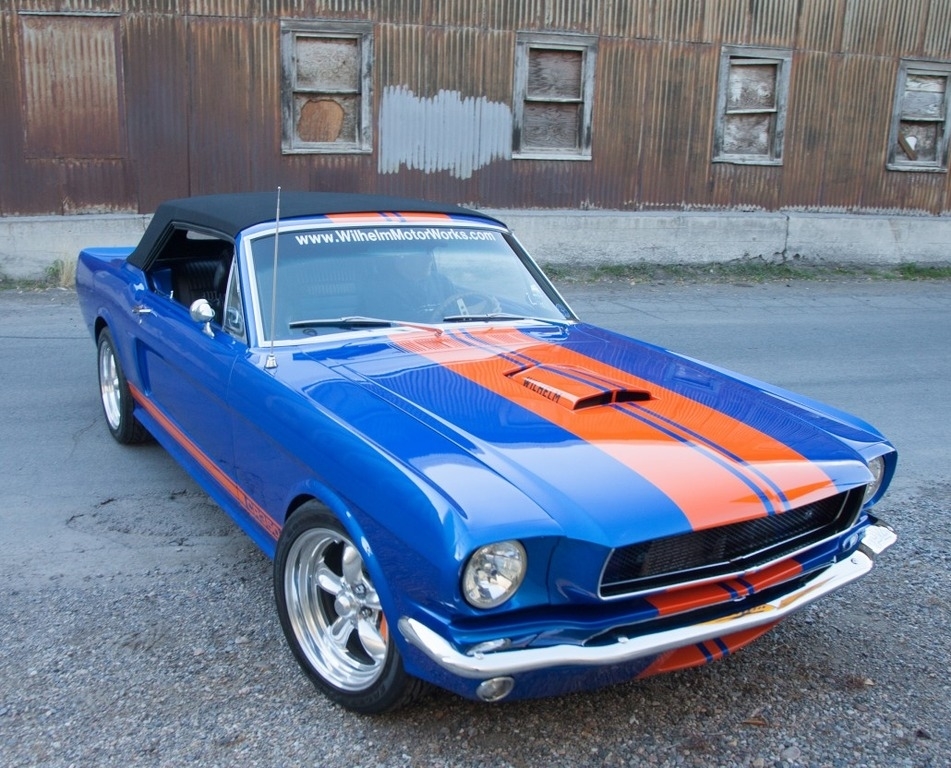 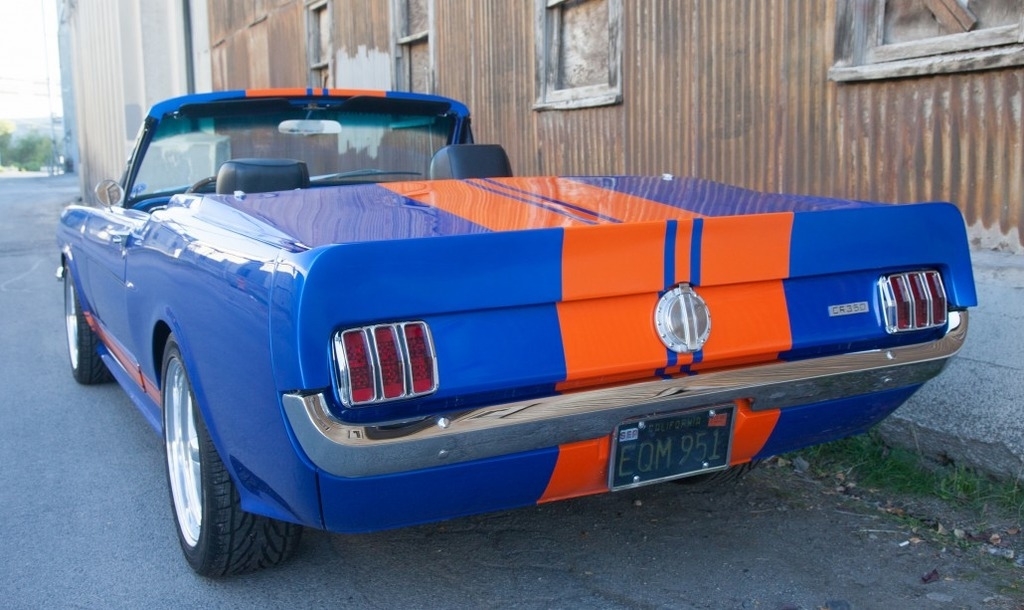 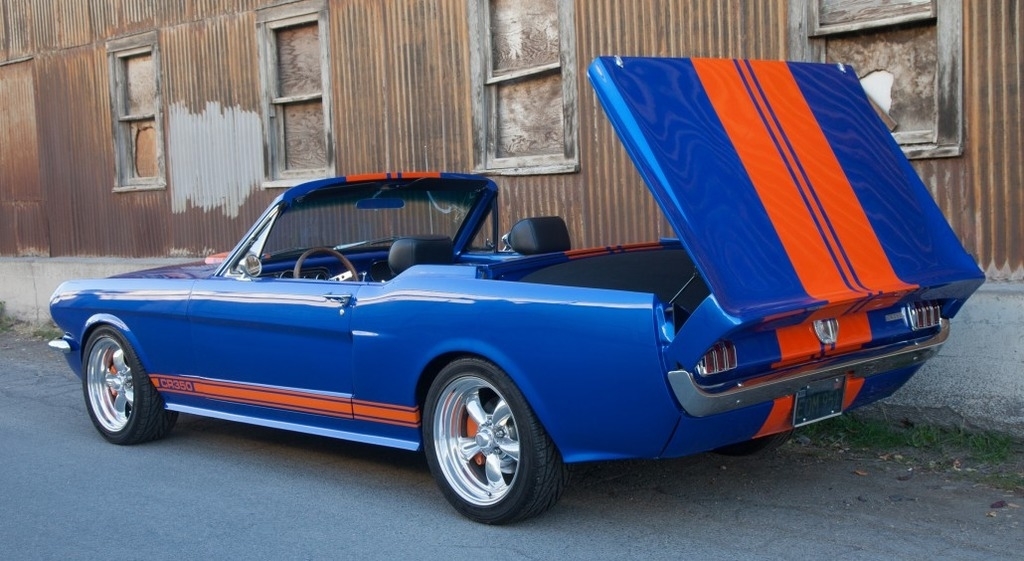 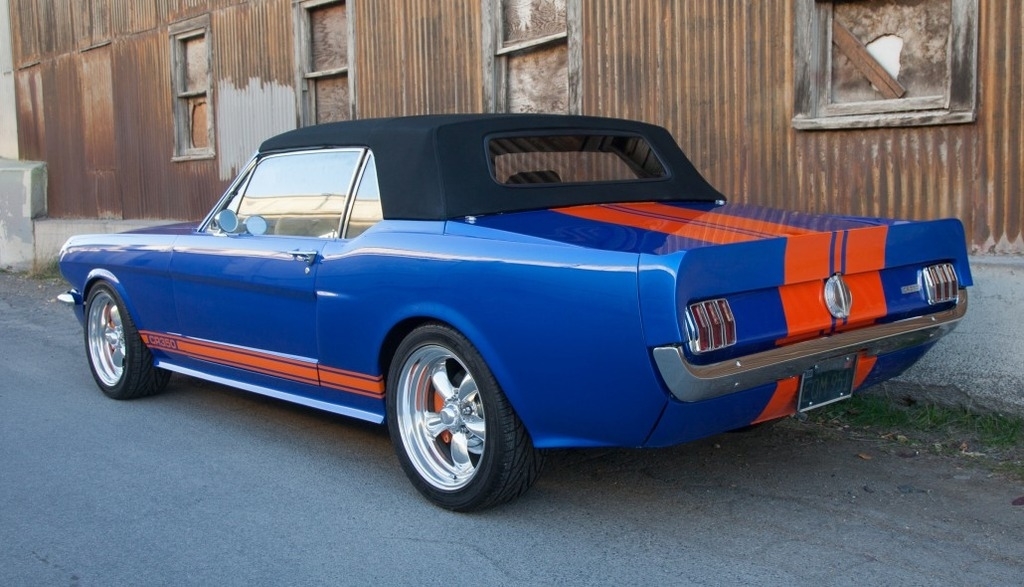 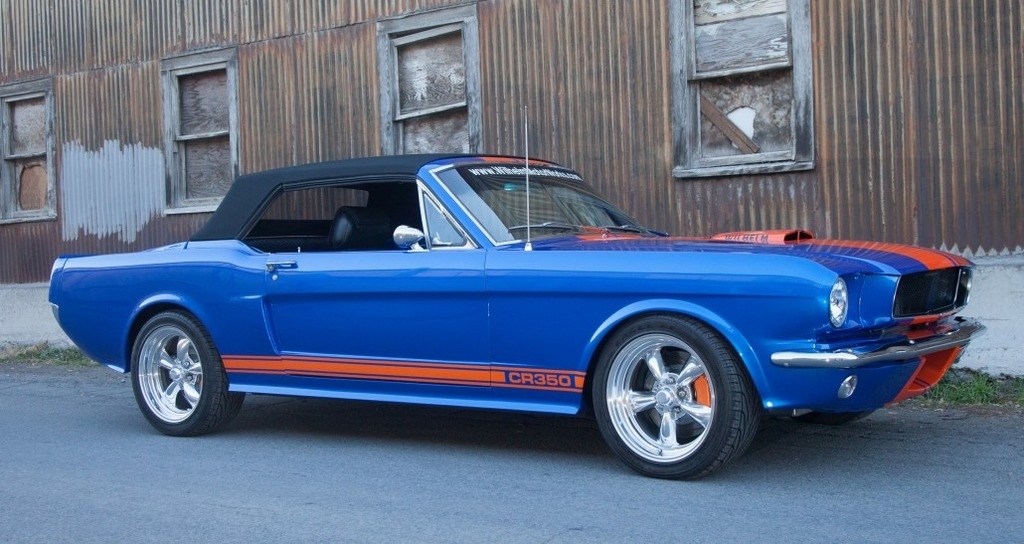 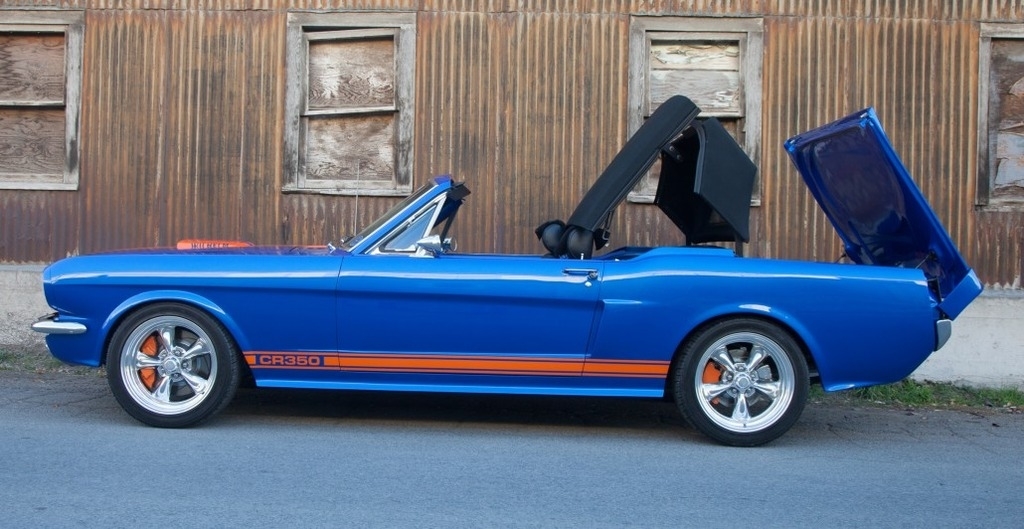